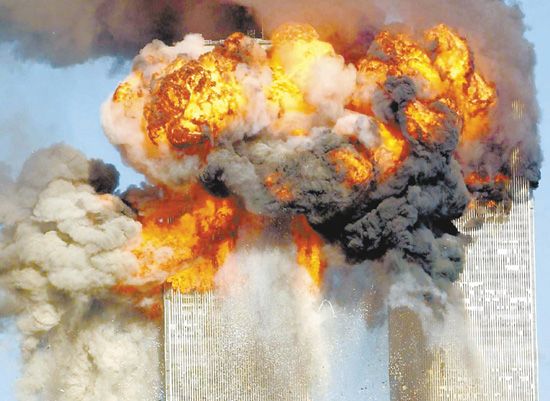 As we move closer to the 10 year anniversary of the tragedy of 911 each of us cannot help but remember where we were, who we were with, what we were doing, and the stunning shock of the video showing those huge sky scrapers falling. For those that had husbands, wives, children, siblings, and friends in those buildings we can never know how they feel, and only time can lessen their pain.

As the tragedy of 911 draws closer it made me think about other great tragedies and ponder what, we as a people may have learned from them. If the philosopher is correct and we can learn from the adversities of life, then certainly we can hope to learn from 911. The first epic tragedy I thought of was Hiroshima where between 90,000 to 160,000 were killed in the first few hours. Eighty thousand were killed in the blast instantly, and 3 days later in Nagasaki 60-80,000 died. If the scale of tragedies is measured by using numbers, then it is difficult to compare the three. Of course, we as Americans can point out that the Japanese attacked Pearl Harbor in a "sneak attack" and therefore we were justified. But who died in Hiroshima and Nagasaki? Most were of course citizens, children, old people, women, shop keepers and reportedly a few POW's. Even before the first bomb was dropped, the Japanese were a defeated nation but to make sure we ended the war, the second even more powerful bomb was dropped; and could it have been because the military wanted to see exactly how much more destructive the second blast was? The war did end, American lives were saved and many years ago I spoke to a Dutchman in Sumatra that was a POW and he stated clearly the bomb that ended the war saved his life. The philosopher would have to point out however, that the lives saved were at the expense of the death of more than a quarter million other lives.

A few months after the Bali Bombing in 2002 I was in Bali and the High Hindu priests had met and issued a statement. The thing that struck me so strongly was they did not, as we did in America after 911 ask, "Who did it, how do we catch them, and how can we punish them", but instead asked the deeper question of, "WHY did they do it"? Our reaction was to attack Iraq, perhaps not as sneaky as Japan attacked Pearl Harbor, but a massive air strike that killed unknown numbers of citizens. This war was based on lies and 10 years after 911 we still have troops there in harms way. After 911 President Bush made a fine statement when he pointed out that this was not done by Islam but by terrorist. Unfortunately, many ignored the President and the persecution of Moslems in America began-----and continues today. In Mufreesboro, Tennessee there is a small Moslem community that has been there for over 20 years but has outgrown their motel room they have used as a mosque. These are a mixture of immigrants, many born in Tennessee and a mixture of professionals and business owners. Not your stereotypical terrorist. They went to the edge of town, purchased 12 acres and began plans for a Moslem Community Center that would contain a school, playground, mosque, and cemetery. The immediate reaction by SOME in the community was to vandalize the sign, followed by burning the equipment, and then a law suit. Mass meetings and marches, Confederate flags, the same faces and ignorance we saw in Birmingham and Memphis in the "60s.

After Pearl Harbor this nation calling itself "the land of the free" incarcerated over 120,000 Japanese Americans because of their ethnicity. Hollywood portrayed the Japanese as small yellow individuals with slanted eyes and called them "gooks". Even today, there are people that refer to our President by innuendo using his name to show he "is not one of us", which leads to he is "one of them". Is this not the same thing blacks faced in the 60's South and many would say face in the North today? Is this not exactly what is going on in Tennessee, for this ugly group of people is planning on action all the way to the Supreme Court? Do we not recognize some of the same at tea party events? Of course, those against the mosque in Mufreesboro quickly say, "Oh it is not because of their religion", although their ignorant attorney wanted to know if Islam qualified as a religion. The tea party people are also quick to point out a black face in the crowd, to demonstrate their diversity and claim the guns they like to brandish are their Second Amendment rights, and the Confederate flags------well I guess they feel the two go together. All they need are the hoods.

Maybe Americans have a cultural problem, in that we are a new nation compared to the rest of the world and still trying to decide exactly who we are. The original cultures in North and South America were abolished when the first white people arrived and that was only a few years ago; yet when you consider China which had a culture over 7000 years ago, America is still in it's infancy. In many ways we still look down our noses at China, especially since they have become such an economic power and own so much of our debt, forgetting they gave the world paper, printing, the compass, cultivation of rice, and so much more. Yet we see them as an enemy, when we have forgotten about the German part of WWII. Is that perhaps because they look more like us? To say we are a divided nation is an understatement but do we continue this division or do we try and heal it? One of the things that got Obama elected was his pledge to move us closer together. George W. Bush claimed he was a "uniter" but left the country divided. One thing that Obama faces that Bush did not is an opposed party that seems willing to go to any extent to see him fail.

On September 11th I, like many other Americans will remember that tragic day and think of the loved ones that still mourn each day for the child, the wife, the sister, the brother, and the parent that were all simply going to work with absolutely no thought of the building in which they worked would soon be just rubble. And also let us not forget the 184 people that died at the Pentagon nor those 40 that died on Flt. 43 in Shanksville, Pa. Maybe also give a thought to Nagasaki and Hiroshima, and perhaps Utah Beach, and Cambodia. Maybe it is high time we got serious about a Department of Peace. What better tribute to those that died September 11th 2001.

Gin Arnold is a 70 year old liberal living in Cotacachi, Ecuador after living in S. Alabama. I have owned several businesses, lived aboard a 32 foot sailing yacht, been a bar tender, boat captain, short order cook, and imported furniture from (more...)
Related Topic(s): Citizens; Other; People; People, Add Tags
Add to My Group(s)
Go To Commenting
The views expressed herein are the sole responsibility of the author and do not necessarily reflect those of this website or its editors.

Why Republicans continue to worship Reagan

How Dead is the Republican Party?

I have voted against "conspiracy thinking" but Mr. M may be right and I may be wrong

I tried to retire.

Is it time to take a look at the way business is done in America?