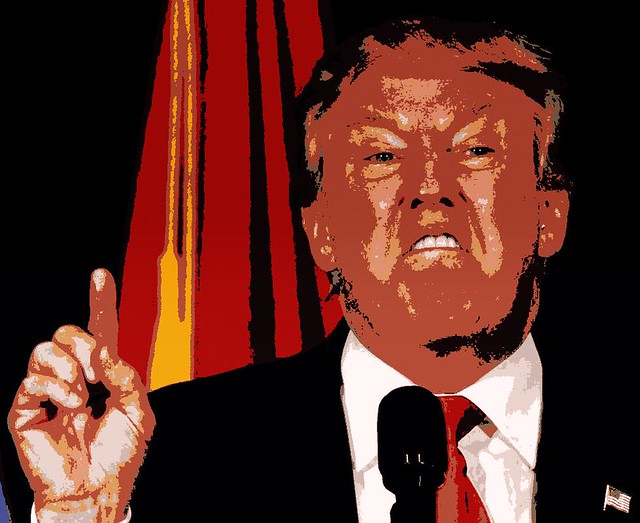 Suddenly, America is a nation of socialists, asking in dismay: "Where's the government?"

These are not born-again Bernie Sanders activists, but everyday people of all political stripes (including previously apolitical multitudes) who're now clamoring for big government intervention in their lives. Nothing like a spreading coronavirus pandemic to bring home the need that all of us have both as individuals and as a society for an adequately-funded, fully-functioning, competent government capable of serving all. Alas, as everyone can see in our present moment of critical national need, government today has been reduced to a rickety medicine show run by an inept, small-minded flimflammer peddling laissez-fairyland snake oil.

"We have it totally under control," Trump pompously declared after the first US case was confirmed in January. As it began spreading rapidly out of control in February he tweeted nonchalantly: "It will all work out well," adding "We're doing a great job." But an increasingly anxious public found that they couldn't even get reliable test kits from Trump's hollowed-out government health agencies. Still, he shrugged off all concern and responsibility: "Looks like by April, you know, in theory, when it gets a little warmer, it miraculously goes away." Not exactly a can-do Rooseveltian response to a national crisis, but he stayed blase', denying scientific reality and assuring us that, "One day it's like a miracle it will disappear,"

Of course, it hasn't, and by March the inconvenient fact of a rising death toll exposed this impostor of a president as incompetent, uncaring... and silly. So, after weeks of the complete absence of White House leadership, a deadly pathogen is raging practically everywhere across our land, unknown millions of us are being infected, a "closed indefinitely" sign has literally been hung on the American economy, and even our people's social and civic interactions the essence of community life have been halted.

Right-wing politico Grover Norquist once said he wanted a government so small "I can drag it into the bathroom and drown it in the bathtub." Trump is now showing us what such a small-minded government looks like. And what it costs us.

Yet, as we frantically scramble to deter the health ravages of Covid-19 and grapple with the global economic devastation it's causing, we might benefit by pondering a self-inflicted cause of the contagion's disastrous spread: Social distancing. For some 40 years, American corporations and governments have colluded to push economic, political, and social policies that have intentionally distanced the financial fortunes of the wealthy from the well-being of the workaday majority.

Consider the interrelationship of multimillionaires with the unseen kitchen staff of restaurants where they dine. To further enrich themselves, such multimillionaires have forced low-wage policies on food preparers, denied health coverage for them, and lobbied to kill proposals to provide paid sick leave. So, one kitchen worker sneezes. He or she is infected with coronavirus, but doesn't know it, for the worker has no healthcare coverage for testing. Even though running a fever, the staffer must come to work or lose the job. Later, somewhere a multimillionaire sneezes. After all, Covid-19 doesn't distinguish between rich and poor.

The very proposals that plutocrats have been blocking for years (Living Wages, Medicare for All, Paid Sick Leave, Family Medical Leave, Free College and Trade School Tuition, Home Healthcare, and others) are exactly what a sane government and egalitarian economy would adopt to fend off the wholly destructive inequality that now confronts every American.

While we're now forced temporarily to distance ourselves from each other, the lethal disease our country has is the widening-separation of rich elites from the rest of us and the cure is a national push for renewed social cohesiveness. As a friend and fellow writer recently put it, "[Covid-19] puts into focus a biological, psychological, economic, and socio-political fact we too often deny: We are a species of completely interdependent beings."

Related Topic(s): Corona Virus Coronavirus Covid-19; Corona Virus Coronavirus Covid-19; Dominance; Donald Trump Is Stupid; Donald Trump Lies; Double Standards; Government Bullying; Healthcare; Inequality, Add Tags
Add to My Group(s)
Go To Commenting
The views expressed herein are the sole responsibility of the author and do not necessarily reflect those of this website or its editors.