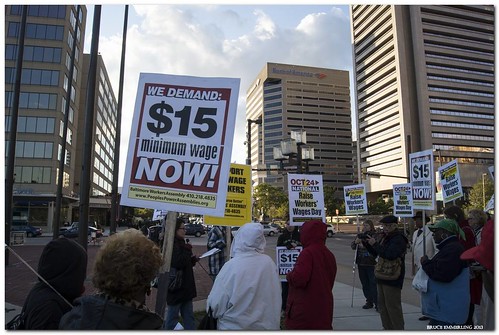 Mao said that "If we tried to go on the offensive when the masses are not yet awakened, that would be adventurism. If we insisted on leading the masses to do anything against their will, we would certainly fail. If we did not advance when the masses demand advance, that would be Right opportunism." The first part of his warning, the one about not going on the offensive at the wrong time, is what we need to apply to our current situation.

By "go on the offensive," he meant using violence in an attempt to subdue the capitalist class. And if proletarian revolutionaries in the U.S. were to do this now, it would backfire for obvious reasons; the capitalist state has the upper hand against us militarily, and most of the populous would become alienated from us in response to our actions. This is both because the country's communists currently lack the organizational strength to overcome a campaign of state violence, and because the masses are mostly not yet awakened to the idea of proletarian revolution.

So as people who've already been part of this movement, what should we do at this moment? Depending on when you read this, the answer will be different. So I'll first cover what our course of action should be in the present moment, then what we'll be prompted to do during future stages.

Our most needed tasks for the present stage: education and organization-building

The goal of building support for anti-colonialism, anti-imperialism, and socialist revolution is best carried out in a way that ties these three issues in with each other. Anti-imperialism is currently the most widely discussed of these subjects in our discourse, with prominent alternative media figures like Abby Martin and Jimmy Dore largely making it their goal to expose the lies and crimes of the U.S. empire. Promoting the content of anti-war voices like these is useful, but it needs to be accompanied by broader arguments for the dismantling of colonialism and capitalism.

This will require an effort to advocate for the communist and anti-colonial revolutionary actions that can defeat imperialism. When the journalist Anya Parempil exposes the misconceptions the Western media has propagated about China, her goal isn't to call for other countries to carry out the kind of Marxist-Leninist revolution that created the People's Republic of China. When Abby Martin points out the hypocrisy of Washington's propaganda about north Korea, she doesn't advocate for a communist revolution that emulates the DPRK's proletarian democracy. The role of figures like these is not so much to agitate as to inform. It's the figures who both fight imperialist propaganda, and who articulate a clear vision for destroying imperialism, that are directly helping bring about the revolution we need.

One of these revolutionary figures is Gloria La Riva, the current presidential candidate of the Party for Socialism and Liberation. La Riva has not just rebuked imperialist propaganda against the DPRK, but has stated that the DPRK is a socialist nation and that the PSL supports it. This reflects upon the praxis of the PSL, which defends socialist nations like China, the DPRK, Cuba, and the USSR with the express purpose of creating a government that shares their structure of a workers democracy.

The PSL is one of the organizations that I recommend joining. For another example, one could join the African People's Socialist Party, whose main priority is to advance anti-colonialism. Building parties like these is crucial, and it's also helpful to build up the media outlets that advance anti-colonialism and Marxism-Leninism; Hakim and Paul Morrin are the Marxist YouTube channels which I most recommend subscribing to, and I also recommend subscribing to the email list of the PSL's site Liberation News. These groups and voices show us what kinds of messages we'll need to put forth to expand support for the overthrow effort.

What will soon become our most important tasks: organizing mass strikes and other types of civil disobedience

Our objective for these next several years needs to be to ignite a mass protest movement similar to the ones which have recently emerged in France and Chile. This would be like the Occupy Wall Street movement, except its message and organizational basis will need to be different.

If or when such a mass movement emerges, it will be important for communists to get involved with it-not just to participate in the demonstrations, occupations, blockades, and strike actions as individuals, but to integrate our organizations within the process. This is how the Revolutionary Communist Current in France has gained influence within the strikes the country has been experiencing in the last year. If we join organizations like the PSL now, then participate in the movement via the directives of democratic centralism, we'll be able to advance the movement as a united front rather than as isolated individuals. And this will lead to the movement greatly increasing our political faction's influence, since the Marxist-Leninist message will come far more to define this new movement than was the case for Occupy.

This is how civil disobedience and protests can help us with the education and organization-building aspects. But as we go about engaging in these actions, we'll need to take the appropriate precautions, as well as ready ourselves for the difficult tasks that participating in a civil disobedience movement will entail.

This means getting prepared for the particular circumstances that any given civil disobedience event will involve. Groups will need to familiarize themselves with the laws that govern the places they're acting within. This can make it necessary for organizers to inform their members about just what they're getting into, since some people are more vulnerable to arrest or violence than others. And if arrests do happen, it will be necessary to create a "jail support team" to assist the detained people with getting out of jail. Connecting with organizations like the ACLU can come in handy in such situations.

This will mean making sure that everyone stays nonviolent during protests, so as not to invite police crackdowns and negative public attention. Introducing violence or vandalism into a protest space is a common tactic used by infiltrators, and we can't feed into their hope that we'll sabotage ourselves. More broadly, our movement's circles will need to go about with an atmosphere of caution and suspicion towards these state infiltrators; learning about the common signs that someone is an infiltrator is important.

Related Topic(s): Capitalism; Class; Combat; Education; Militants, Add Tags
Add to My Group(s)
Go To Commenting
The views expressed herein are the sole responsibility of the author and do not necessarily reflect those of this website or its editors.