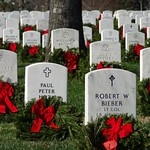 Maryland
(Image by National Garden Clubs)   Details   DMCA
The Media reports that Donald Trump expressed a desire to leave Syria. He said in a tweet that he wants to pull American forces out of that country. I'll believe it when I see it done. This is not the first time that this man has said American forces will leave Syria. The last time he said this he launched cruise missiles at that country in response "to a supposedly" chemical attack on the Syrian people.

This is just one example of how "our Imperial" executive branch makes us try to believe that they are working in the People's best interests. I don't believe that Donald Trump will withdraw our forces from Syria, but if he does it will be a step in the right direction.

What distresses me the most, is that the mainstream media seems to be controlled by the neocon faction that also controls the military industrial complex. I have seen comments from media personalities that are supposedly antiwar and anti-Trump call for keeping American soldiers in Syria in violation of international law to protect the interests of the Kurds. I have also seen so-called "liberal" pundits say that the United States should not withdraw its forces because it will give Vladimir Putin an advantage in the Middle East.

This should awaken the American people about how corrupt and despicable the American mainstream media really is. One only has to look back and see how the media cheered our invasion of Iraq. Any intelligent American only has to look at the way America and its NATO allies completely decimated the sovereign state of Libya. It isn't just the government that is responsible for the wars that seem to be never-ending since 2001. It is the American people that have allowed this I have sanctioned this by doing absolutely nothing to stop it.

Americans can blame our mainstream media for hyping war and carnage across the world, but is in the mainstream media that allows this to happen, is the American people. It is astounding when you think of the fact that the Obama administration promised there would be no boots on the ground in Syria and now there is hysteria because of the fact that in United States president wants to pull troops out our country that we were never supposed to be in.

Correct me if I'm wrong, but President Obama asked Congress for the use of military force in Syria and the American Congress distinctly said no. Nevertheless, we find ourselves with thousands of troops in that country. Why did the American government go against the wishes of Congress without a UN mandate or congressional approval? This seems to be something that the American people don't want to ask their government.

The United States consistently claims that it is a country that is ruled by the premise that we are a nation of laws. That is so far from the truth that it boggles the mind when we hear from our legislators and from our mainstream media. The truth of the matter is that the United States has been lawless since September 11, 2001. As I write this we are involved in a conflict in Afghanistan, a country that has no real government and has been lawless since its inception for 17 long years. Many Americans have died in a war that seems to have no end. I doubt if there is anyone who can actually give a valid reason of why we are in Afghanistan fighting a war against a fall that we originally equipped with weapons and trained originally to fight the Russians.

We have also lost American lives in Africa in coflict hat no one in America actually understands. The American government never tells us why we have soldiers in Africa and never told us what the mission is. I believe it is time for the American government to tell the American people exactly what it is that they are sending American soldiers to die for. "This all-volunteer army" to prevent outrage among the American people when they see family members and friends drafted into an Army fighting for causes that they don't understand and don't agree with. The young men and women who join this "all-volunteer force" are usually young people we need money for college or one to learn a trade or have nowhere else to go.

If there were mandatory conscription, the American people would be much more aware of how many of their sons and daughters are fighting for causes that the American government keeps secret from the population. I sincerely doubt the population in the United States would willingly give up their sons and daughters to fight in wars that that served 20 years, 12 of those years as a recruiter, I don't believe that I would've recruited young men and women to fight for wars that they neither understand or agree with. I doubt that their parents would have encouraged them to join the military that sends them into harm's way causes that don't directly affect American security.

I don't believe that the United States Army will be happy with what I have written here, but the American people would not tolerate seeing their sons and daughters fighting in wars and conflicts around the world corporations and for resources. If American soldiers must die fighting for their country, it should be in the interests of national security, not for the interests of global hegemony. This is the primary reason why we no longer have mandatory conscription.

This is also the reason why we have a society based on class. It seems that those who can afford college and those that don't come from rich families always seem to end up in the military. If there were mandatory conscription, families of the rich would see their offspring fighting in wars that have nothing to do with the security of the United States. This would lead to an untenable situation that the government would not like to deal with.

As a former recruiter for the United States Army, I could not in good conscience enlist young Americans to fight overseas in wars that they don't understand. This brings us back to Syria, I would like to know exactly why we have soldiers in Syria and what is it exactly that they are doing there. The fact is I haven't seen authorization from Congress to send troops to Syria nor have I seen a UN resolution authorizing the United States to send troops into Syria, a sovereign nation that we are not at war with.

Americans should be asking why Donald Trump is falling troops out of Syria, they should be asking why American troops are in Syria, to begin with! It seems as if the American people have forgotten how to ask why and just go along to get along. The American people really need to wake the hell up and ask why their government does things behind their back and when the truth comes out why they act like it's all part of the big picture that we don't understand.

Related Topic(s): Army; Hegemony, Add Tags
Add to My Group(s)
Go To Commenting
The views expressed herein are the sole responsibility of the author and do not necessarily reflect those of this website or its editors.