These are the hallmarks of an institution that is rotten through and through.

It doesn't matter whether you're talking about the federal government, state governments, or local governing bodies: at all ends of the spectrum and every point in between, a shift has taken place.

"We the people" are not being seen or heard.

Everything happening at the national level is playing out at the local level, as well.

Take my own hometown of Charlottesville, Virginia, for instance. 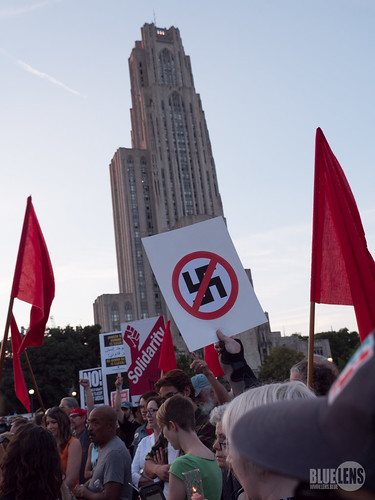 In the summer of 2017, Charlottesville became ground zero for a heated war of words--and actions--over racism, "sanitizing history," extremism (both right and left), political correctness, hate speech, partisan politics, and a growing fear that violent words will end in violent actions.

In Charlottesville, as in so many parts of the country right now, the conflict was over how to reconcile the nation's checkered past, particularly as it relates to slavery, with the present need to sanitize the environment of anything--words and images--that might cause offense, especially if it's a Confederate flag or monument.

That fear of offense prompted the Charlottesville City Council to get rid of a statue of Confederate General Robert E. Lee that has graced one of its public parks for 82 years.

That's when everything went haywire.

In attempting to pacify one particularly vocal and righteously offended group while railroading over the concerns of those with alternate viewpoints, Charlottesville attracted the unwanted attention of the Ku Klux Klan, neo-Nazis and the alt-Right, all of whom descended on the little college town with the intention of exercising their First Amendment right to be disagreeable, to assemble, and to protest.

When put to the test, Charlottesville did not handle things well at all.

No one--not the armed, violent, militant protesters nor the police--gave peace a chance on August 12 when what should have been an exercise in free speech quickly became a brawl that left one dead and dozens more injured.

The police, who were supposed to uphold the law and prevent violence, failed to do either.

Related Topic(s): Censorship; Government Incompetance; Government Lawlessness; Government Of The People; Militarism; Police; Totalitarianism; Violence, Add Tags
Add to My Group(s)
Go To Commenting
The views expressed herein are the sole responsibility of the author and do not necessarily reflect those of this website or its editors.