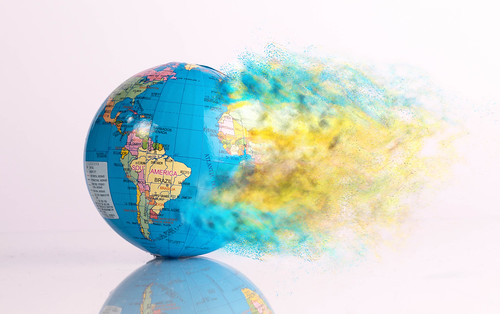 Inertia and vested interest, it seems to me, are the two forces that make changing the system for the better so rare. Once things are as they are, some group benefits from them -- and that group usually has more of a stake in maintaining the status quo than others have in changing it. But, as I wrote last week, moments arise when the zeitgeist is threatened -- when what is considered normal, natural, and obvious seems suddenly up for grabs.

Right now, traditional policing seems less obvious than it did a month ago, and, though the police unions and the administrators will work hard to make that thought disappear, at least for the moment, the discipline and the passion of the people marching and organizing are actually overcoming the tendency for the focus to drift away. And, as a result, all of a sudden the rest of us notice that a few people have been hard at work all along, imagining why it might not make sense to send combat-ready troops into our cities to deal with the slight but inevitable tensions of living together in a society. Here, for instance, is a series of interviews on CNN about how one might deal with speeders or drunk drivers without tickets or arrests. When you first listen, you think, That's different -- would it really work? But that's the good thing about moments like this: our minds are open to new possibilities in ways that they usually aren't.

Bill McKibben is the author of a dozen books, including The End of Nature and Deep Economy: The Wealth of Communities and the Durable Future. A former staff writer for The New Yorker, he writes regularly for Harper's, The Atlantic Monthly, and The (more...)
Related Topic(s): Climate Change; Climate Change Deniers; Climate Crisis; Climate Heating; Democratic, Add Tags
Add to My Group(s)
Go To Commenting
The views expressed herein are the sole responsibility of the author and do not necessarily reflect those of this website or its editors.