Freedom to be homeless, jobless, and unable to access health care when you need it 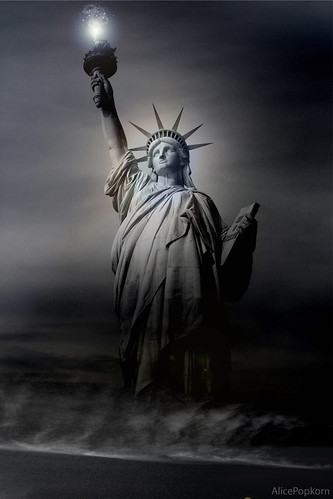 America is having a heated debate about the meaning of the word socialism. We'd be better served if, instead, we were debating the meaning of freedom.

The Oregonian reported last week that fully 156,000 families are on the edge of homelessness in our small-population state. Every one of those households is now paying more than 50 percent of its monthly income on rent, and none of them have any savings; one medical bill, major car repair or job loss, and they're on the streets.

While socialism may or may not solve their problem, the more pressing issue we have is an entire political party and a huge sector of the billionaire class who see homelessness not as a problem, but as a symptom of a "free" society.

The words freedom and liberty are iconic in American culture -- probably more so than with any other nation because they're so intrinsic to the literature, declarations and slogans of our nation's founding.

The irony -- of the nation founded on the world's greatest known genocide (the systematic state murder of tens of millions of Native Americans) and over three centuries of legalized slavery and a century and a half of oppression and exploitation of the descendants of those slaves -- is extraordinary. It presses us all to bring true freedom and liberty to all Americans.

But what do those words mean?

If you ask the Koch brothers and their buddies -- who slap those words on pretty much everything they do -- you'd get a definition that largely has to do with being "free" from taxation and regulation. And, truth be told, if you're morbidly rich, that makes a certain amount of sense, particularly if your main goal is to get richer and richer, regardless of your behavior's impact on working-class people, the environment, or the ability of government to function.

On the other hand, the definition of freedom and liberty that's been embraced by so-called "democratic socialist" countries -- from Canada to almost all of Europe to Japan and Australia -- you'd hear a definition that's closer to that articulated by Franklin D. Roosevelt when he proposed, in January 1944, a "second Bill of Rights" to be added to our Constitution.

Roosevelt pointed out that, "All of these rights spell security."

He added, "America's own rightful place in the world depends in large part upon how fully these and similar rights have been carried into practice for our citizens. For unless there is security here at home there cannot be lasting peace in the world."

The other nations mentioned earlier took President Roosevelt's advice to heart. Progressive "social democracy" has kept Europe, Canada, and the developed nations of the East and South Pacific free of war for almost a century -- a mind-boggling feat when considering the history of the developed world since the 1500s.

Related Topic(s): Billionaires; Freedom; Homeless; Jobs; Liberty; Republican Extremism; Republican Lies, Add Tags
Add to My Group(s)
Go To Commenting
The views expressed herein are the sole responsibility of the author and do not necessarily reflect those of this website or its editors.