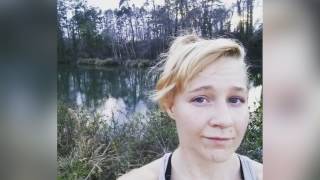 The arrest this week of NSA contractor Reality Winner on Espionage Act charges of providing national defense information to The Intercept is the clearest evidence to date that President Donald Trump intends to continue former president Barack Obama's war on whistleblowers and transparency. It also calls into question the professionalism of The Intercept's journalists, as well as the professional integrity of reporters Richard Esposito and Matthew Cole.

In the interest of full disclosure, I have a history with both Esposito and Cole. Esposito and I were friends for many years, and we worked together at ABC News from 2008 to 2009 and again from 2011 to 2012. My history with Cole is far more sordid. Cole approached me in 2008 to say that he was writing a book on the CIA's rendition program. He sent me a list of a dozen names and asked if I could introduce him to anybody on the list. I told him truthfully that I was not involved in renditions and that I did not know anybody on the list. He followed up with a second list, and then a third. I finally said that he obviously knew the issue far better than I did and that I just couldn't be helpful. Finally, he said, "What about the guy you mentioned in your [first] book? I think his name was 'John.'" I said, "You're talking about John Doe. He must be retired by now and living somewhere in Virginia." That conversation was a crime. I confirmed the name of a former colleague to Cole. Even though I had no idea that colleague was still undercover, it was still a felony.

But the story gets much worse. As it turned out, Cole was never working on any book. Instead, he was secretly acting as an investigator for the Guantanamo defense attorneys. He took John Doe's name, sent it to a fellow investigator, John Sifton, and Sifton sent it to the attorneys. The attorneys then put the name in a sealed, classified motion asking the judge for permission to interview Doe. The Guantanamo judge immediately recognized that the name was classified and he called the FBI. The FBI subpoenaed the defense attorneys' emails and traced one back to Sifton. Sifton either cooperated with the FBI (he later testified against me in the grand jury) or the FBI subpoenaed his emails, and traced the information back to Cole.

The next step is still a mystery. The FBI either subpoenaed Cole's emails -- those of a working journalist -- or Cole ratted me out to the FBI. Neither Cole nor the FBI have ever said what happened.

And it wasn't just me who Cole manipulated. In the course of my case, my investigators found 10 pages of handwritten notes from Cole, provided to us by a friendly attorney, wherein Cole had spoken with a disgruntled former CIA employee who had eventually given him the names of 10 different undercover CIA officers. Cole also passed these names to the Guantanamo defense attorneys, whose investigators then photographed these officers at a secret CIA site so that the Guantanamo detainees they represented could identify them. That's not journalism. It's activism. It's also highly unethical.

Fast-forward seven years. The Intercept promotes itself as the go-to place for national security whistleblowers. The outlet even has its PGP encryption keys on its website, where it encourages national security professionals to send in classified documents. That's a great idea and one that I support fully. Apparently, that's what Reality Winner did. She sent The Intercept an NSA analysis of Russian involvement in hacking related to the 2016 presidential election. Esposito and Cole, however, in an ill-advised attempt to "authenticate" the document, sent it to one of their "NSA contacts," who immediately alerted authorities. Winner was arrested mere hours after the Esposito/Cole article was published.

How did the FBI zero in on Winner so quickly? Admittedly, she made mistakes. She initially contacted The Intercept from a work computer. And when she finally sent the document in, she left identifying information on it. More importantly -- and this is something that every journalist who purports to be a specialist in national security ought to know -- NSA marks every single document with microscopic tags. When an NSA employee prints a document, there are tiny markings indicating that that specific employee has printed it. When Esposito and Cole showed a copy of the original document. to their NSA contact, they had sealed Winner's fate.

And now Winner faces charges under the Espionage Act, a 1917 law designed to combat spies and saboteurs. It's like using an iron fist to kill a fly. As recently as the Clinton administration, such revelations of classified information were dealt with administratively and internally. When I was at the CIA, I worked with a woman who was accused of providing classified information on Iran to a CNN reporter with whom she was having an affair. The leak was traced to her, she admitted passing the information, and she was suspended without pay for six weeks and barred from promotion for three years. Her career eventually recovered, and she was promoted into the Senior Intelligence Service. There was no Espionage Act prosecution for her.

We now know where Trump stands on whistleblower issues. He stands with Obama. He stands as an enemy of transparency. Let me be clear: Reality Winner is a whistleblower. I don't care what her motivation for disclosing the document was. It's irrelevant. What is relevant is that the American people have a right to know what she revealed. Why is it a secret that the Russians were working to elect Donald Trump? There is a public interest in disseminating that information.

Winner faces the possibility of many years in prison. But what she did was heroic. The American people will come to recognize that. And in the meantime, she's going to take her place in a long line of truth-tellers. Esposito and Cole, meanwhile, should see the unemployment line.

Related Topic(s): Arrest; Intercept; Reality Winner; Whistleblower, Add Tags
Add to My Group(s)
Go To Commenting
The views expressed herein are the sole responsibility of the author and do not necessarily reflect those of this website or its editors.