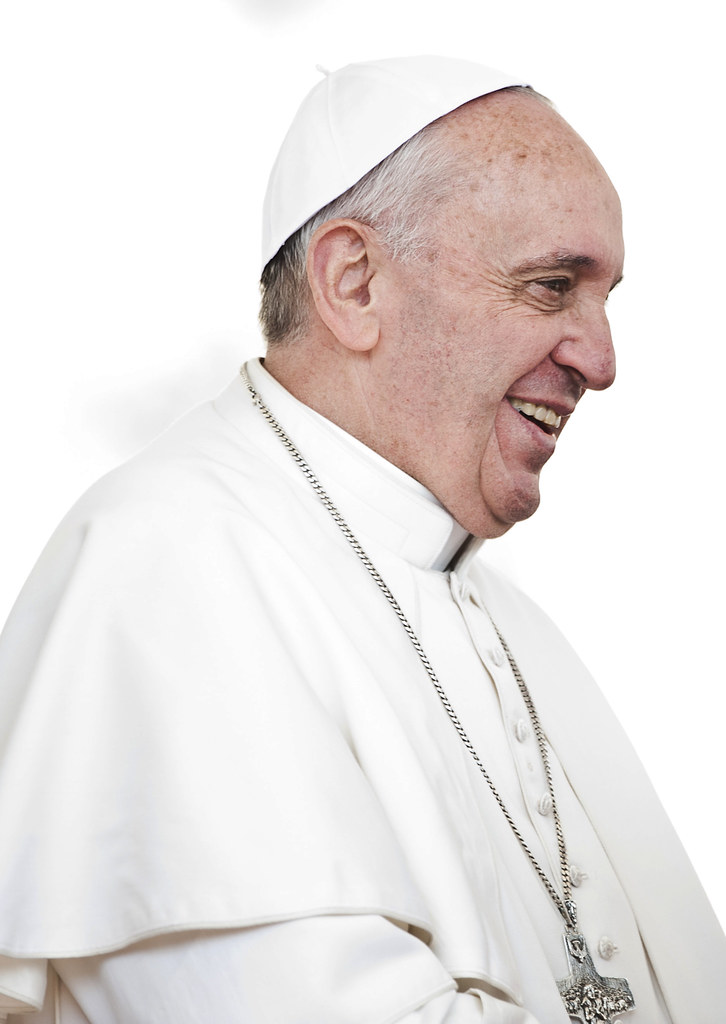 Duluth, Minnesota (OpEdNews) May 9, 2021: Because Pope Francis' 2015 eco-encyclical has been so widely read, we can think of his as a public intellectual, but with a deeply religious orientation and message.

Indeed, we can think of Pope Francis in connection with the American rhetorician Steven Mailloux's 2021 book chapter "Political Theologies of Sacred Rhetoric" in the April 2021 book Responding to the Sacred: An Inquiry into the Limits of Rhetoric, edited by Michael Bernard-Donals and Kyle Jensen (Penn State University Press, pages 77-98), in which Mailloux discusses Pope Francis.

For my profile of Pope Francis as doctrinally conservative, see my OEN article "Pope Francis on Evil and Satan" (dated March 24, 2019):

Now, before the Argentine Jesuit Cardinal Jorge Mario Bergoglio was elected the first Jesuit pope in March 2013, and took the name Pope Francis, he gave a preached retreat to his brother bishops in Spain. The July 2013 book In Him Alone Is Our Hope: Spiritual Exercises Given to His Brother Bishops in the Manner of Saint Ignatius of Loyola, edited by Romain Lize; translated by Vincent Capuano, S.J., and Andrew Matt (New York, Paris, Madrid, Oxford: Magnificat) is a record in English of his presentations.

In my estimate, the text of this short 135-page July 2013 book contains the most coherent expression of Pope Francis' Catholic spiritual beliefs. In addition, the text is stylistically attractive.

Because Cardinal Bergoglio quotes and explicates certain key passages from the Spiritual Exercises of St. Ignatius Loyola, the English translations in this book are from the Jesuit Louis Puhl's 1951 scholarly translation titled The Spiritual Exercises of St. Ignatius: A New Translation, Based on Studies in the Language of the Autograph (Westminster, MD: Newman Press), which includes a helpful "Alphabetical Index" (pages 199-216). (But Cardinal Bergoglio's 135-page July 2013 book does not have an index.)

In addition to quotes from scripture, Cardinal Bergoglio also quotes other authors and works including Dante's Paradiso (pages 22 and 23) and Pope Paul VI's 1975 apostolic exhortation Evangelii Nuntiandi (Evangelization in the Modern World). The interested reader may be able to access the 47-page English translation of this 1975 papal document at the Vatican's website.

For further discussion of following Jesus Christ, see the American Jesuit Walter J. Ong's essay "Mimesis and the Following of Christ" in the journal Religion and Literature (University of Notre Dame), volume 26, number 2 (Summer 1994): pages 73-77; it is reprinted in volume four of Ong's Faith and Contexts, edited by Thomas J. Farrell and Paul A. Soukup (Atlanta: Scholars Press, 1999, pages 177-182).

Related Topic(s): Beliefs; Catholic; Cross; Humility; Jesus; Pope Francis; Resurrection; Satan; Satan; Spirit; (more...) Spiritual, Add Tags  (less...)
Add to My Group(s)
Go To Commenting
The views expressed herein are the sole responsibility of the author and do not necessarily reflect those of this website or its editors.