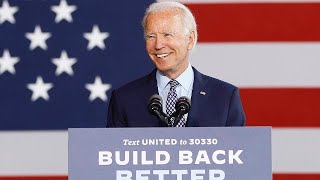 When Joe Biden issued his extensive climate plan last week, there were endless analyses, including mostly positive reviews like those from the energy expert Julian Brave NoiseCat, who called it "a Green New Deal in our view, substantively," and the Sunrise Movement, which had graded Biden's primary-season plan an F, but now says that he's "talking the talk," and that a post-election mobilization will insure that he'll "walk the walk." The main opposition came from President Trump, who insisted that Biden, in his zeal for energy efficiency, had called for abolishing windows.

I don't want to go deeply into the details of the plan here, because chances are that few of the proposals will get enacted in their precise form, but they seem a truly useful compendium of the mainstream and obvious ideas for an energy and conservation transition. And they provide a good roadmap by which to steer, even if that map avoids the most controversial areas of the debate. (The plan is especially quiet about the efforts that will be necessary to limit mining and drilling for fossil fuels.) The best way to understand them, I think, is as a loud signal in the ever-louder conversation among elites about the trajectory and the pace of that transition.

Non-elites -- members of activist movements and renewable-energy engineers -- have built the pressure. Assuming that Trump exits next year, and that high-level climate denial goes with him, that pressure will do what pressure does: finally start to make things pop. A big signal comes from the investment community, where banks have started announcing major losses in the hydrocarbon sector. Wells Fargo, for instance, said that 47 percent of its non-performing corporate loans last quarter were in the three percent of its deal book devoted to oil and gas. News like that dramatically ups the odds that, say, a Federal Reserve under Biden might increase capital requirements for oil loans. Indeed, earlier this week, a consortium of investors with nearly a trillion dollars in assets urged the Fed to "explicitly integrate climate change across your mandates," in particular, by providing more information about the financial risks that global warming now presents. On Monday, Morgan Stanley announced that it would rate all its investments for their climate impact -- on the one hand, that puts off the necessary end of those investments, but it's probably also a first signal of acquiescence to reality. And, of course, as big money starts to edge away from the industry, politicians feel less need to do its bidding.

I think we've already reached the point where it's clear that real change is finally coming, and that fossil fuel's main hope is to slow and shape that change. (Above all, as I wrote last week, the industry is hopeful that natural gas has a future, though new scientific findings and technologies seem to be closing in on even that facet of the business.) The crucial job of activists, then, is to always be demanding that we move faster.

If you want a really powerful signal, one came last week from Teen Vogue, which published an op-ed encouraging young people to not open accounts with banks that are reckless with the planet. (The authors' "Not My Dirty Money" pledge can be found here.) Meanwhile, Greta Thunberg and fellow climate strikers sent an open letter to the European Union. (I am among the tens of thousands of people who signed onto it.) It says, "You must stop pretending that we can solve the climate and ecological crisis without treating it as a crisis." Just the right signal, reminding politicians that a devastated climate is not merely an excuse for a jobs program, and at just the right volume. And if signals don't replace action they do usually precede itso consider this season a relatively hopeful one.

Passing the mic is difficult for me this week, because I can barely even sit up in bed. I fell off my two-wheeled, low-carbon transit device on Thursday, and managed to break six ribs and a shoulder blade, and incurred a severely separated shoulder. I've been in the hospital since, and that's why this newsletter is shorter than usual. I am enormously grateful for all the get-well e-mails; they are a surprisingly good anesthetic. And, although it's a pretty self-absorbed thing to do, perhaps I can refer you to a letter that I sent my colleagues in the climate movement last week, explaining my plans to do more mic-passing in the years to come.

● Important news from Al Gore, who has rallied a bunch of hard-chargers in the tech world behind plans for Climate trace, which stands for Tracking Real-time Atmospheric Carbon Emissions. The platform "will leverage advanced A.I., satellite-image processing, machine learning, and land- and sea-based sensors to do what was previously thought to be nearly impossible: monitor G.H.G. emissions from every sector and in every part of the world. Our work will be extremely granular in focus -- down to specific power plants, ships, factories." That data will be incredibly powerful: think C.S.I. for carbon.

● From time to time, one hears from people contending that the "real cause" of climate change, and all other troubles, is overpopulation. The thinking is sometimes racist, but almost as often, I think, it's rooted in a leftover understanding of demographic trends. Given a choice, women in most parts of the world are deciding to have far fewer kids than they used to, and the new projections for population circa 2100 are fascinating. It won't be easy for policymakers to deal with a Japan that is half its present size, but doing so shouldn't be impossible, either. Japan, after all, was half its present size less than a century ago.

⬇️ Even though writers hate to admit it, sometimes a picture (from a really talented photographer) is worth more than words. I'd read often that the enormous Lake Chilwa, in Malawi, is drying out more frequently because of climate change, but it took this image from reader Chris Dawe to really drive that reality home. 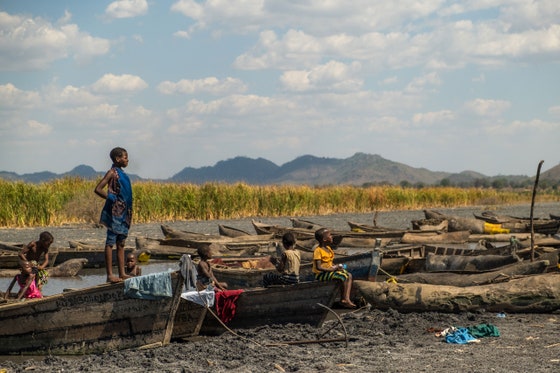 Bill McKibben is the author of a dozen books, including The End of Nature and Deep Economy: The Wealth of Communities and the Durable Future. A former staff writer for The New Yorker, he writes regularly for Harper's, The Atlantic Monthly, and The (more...)
Related Topic(s): Climate Change; Climate Report; Planned Parenthood Of America; Politicians; Trump, Add Tags
Add to My Group(s)
Go To Commenting
The views expressed herein are the sole responsibility of the author and do not necessarily reflect those of this website or its editors.