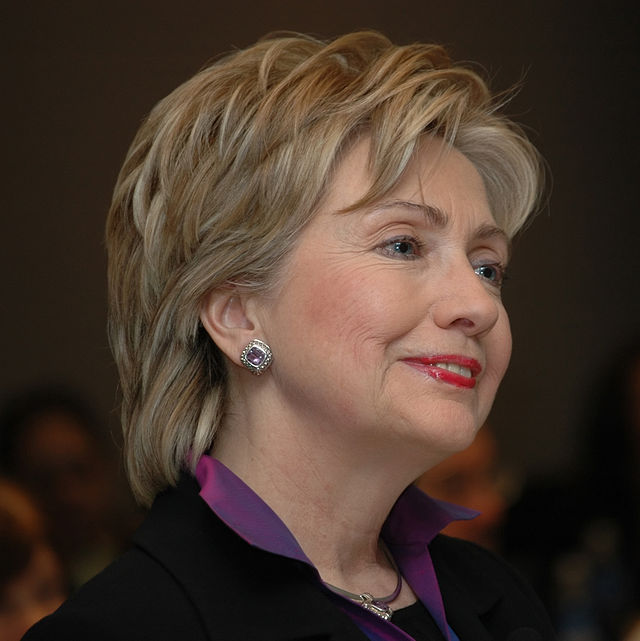 Twenty-five years ago -- when I wrote a book titled "False Hope: The Politics of Illusion in the Clinton Era" -- I didn't expect that the Democratic Party would still be mired in Clintonism two and a half decades later. But such approaches to politics continue to haunt the party and the country.

The last two Democratic presidencies largely involved talking progressive while serving Wall Street and the military-industrial complex. The obvious differences in the personalities and behavior of Bill Clinton and Barack Obama diverted attention from their underlying political similarities. In office, both men rarely fought for progressive principles -- and routinely undermined them.

Clinton, for example, brought the country NAFTA, welfare "reform" that was an assault on low-income women and families, telecommunications "reform" that turned far more airwaves over to media conglomerates, repeal of Glass-Steagall regulation of banks that led to the 2007-2008 financial meltdown, and huge increases in mass incarceration.

Obama, for instance, bailed out big banks while letting underwater homeowners sink, oversaw the launching of more missiles and bombs than his predecessor George W. Bush, ramped up a war on whistleblowers, turned mass surveillance and the shredding of the Fourth Amendment into bipartisan precedent, and boosted corporate privatization of public education.

It wasn't only a Congressional majority that Democrats quickly lost under President Obama and never regained. By the time he left the White House (immediately flying on a billionaire's jet to his private island and then within months starting to collect giant speaking fees from Wall Street), nearly 1,000 seats in state legislatures had been lost to Democrats during the Obama years.

Thanks to grassroots activism and revulsion toward President Trump, Democrats not only won back the House last month but also recaptured one-third of the state legislative seats that had been lost while Obama led the party and the nation.

During the last two years, progressive momentum has exerted major pressure against the kind of corporatist policies that Bill Clinton set into cement atop the Democratic Party. But today, the party's Congressional leaders like Nancy Pelosi and Chuck Schumer are still in a mode loosely replicatin g Clinton's sleight-of-tongue formulas that have proved so useful -- and extremely profitable -- for corporate America, while economic inequality has skyrocketed.

As 2018 nears its end, the top of the Democratic Party is looking to continue Clintonism without the Clintons.

Or maybe Clintonism with the Clintons.

A real possibility is now emerging that Hillary Clinton will run for the 2020 Democratic presidential nomination. On Sunday, The New York Times printed a Maureen Dowd column that reported: "Some in Clinton-world say Hillary fully intends to be the nominee... And Bill has given monologues to old friends about how Hillary knows how she'd have to run in 2020, that she couldn't have a big staff and would just speak her mind and not focus-group everything. (That already sounds focus-grouped.)"

Dowd provided a helpful recap: "After the White House, the money-grubbing raged on, with the Clintons making over 700 speeches in a 15-year period, blithely unconcerned with any appearance of avarice or of shady special interests and foreign countries buying influence. They stockpiled a whopping $240 million. Even leading up to her 2016 presidential run, Hillary was packing in the speeches, talking to the Institute of Scrap Recycling Industries, the American Camp Association, eBay, and there was that infamous trifecta of speeches for Goldman Sachs worth $675,000."

A cogent sum-up in the column came from former Washington Monthly editor Charles Peters: "What scares me the most is Hillary's smug certainty of her own virtue as she has become greedy and how typical that is of so many chic liberals who seem unaware of their own greed. They don't really face the complicity of what's happened to the world, how selfish we've become and the horrible damage of screwing the workers and causing this resentment that the Republicans found a way of tapping into."

That's where we are now -- not only with the grim prospect that Hillary Clinton might run for president again, but more fundamentally with corporate allegiances still dominating the Democratic Party leadership.

The only way to overcome such corporatism is for social movements to fight more resolutely and effectively for progressive change, including in the Democratic Party. If you don't think that's a path to real breakthroughs, consider Alexandria Ocasio-Cortez, Ilhan Omar, Rashida Tlaib, and Ayanna Pressley, winners of Democratic primaries this year who'll be sworn in as members of Congress next month. (Compare those successes to two decades of Green Party candidates running for Congress and never coming close.)

Whether or not Hillary Clinton runs for president again, Clintonism is a political blight with huge staying power. It can be overcome only if and when people at the grassroots effectively insist on moving the Democratic Party in a genuinely progressive direction.

Related Topic(s): Clinton Campaign; Democratic; Hillary Clinton; President Bill Clinton; President Obama; Presidential Candidates, Add Tags
Add to My Group(s)
Go To Commenting
The views expressed herein are the sole responsibility of the author and do not necessarily reflect those of this website or its editors.