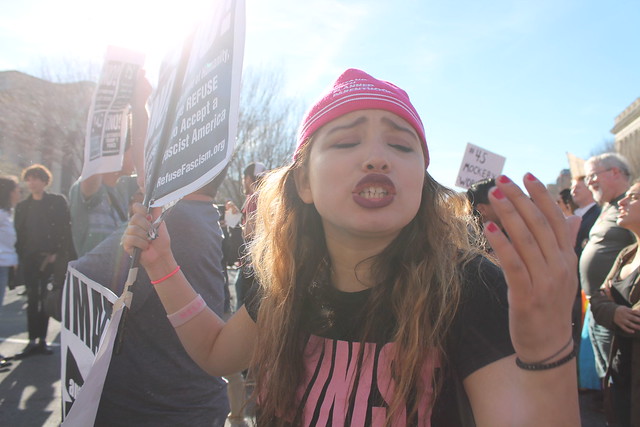 What Happens After the Massive Demonstrations in Every City?

As society continues to unravel, there will be more and more massive demonstrations in major cities over issues such as the never ending wars, environmental catastrophes, lack of jobs, and inadequate healthcare. These increasing protests will occur when large numbers of people realize that our elected leaders only represent the one percent who financially help get them elected and re-elected. Our currently elected leaders are not public servants who represent us, the 99 percent.

Therefore, it is important that various dissidents agree on basic demands to change the system--demands that can be endorsed by individuals from many political groups such as the Greens, Socialists, Libertarians, and even discontented Republicans and Democrats. If the demands are too radical, or if nobody can agree on anything, they will not win broad support and the movement will fall by the wayside. This has happened many times throughout history.

Three Demands that masses of Americans can agree on:

1. We demand that corporations not be allowed to make contributions to political campaigns for presidential elections.

3. We demand that the Electoral College System for electing a president be abolished, and that a presidential candidate can no longer become president unless he or she captures a 51-percent majority of the popular vote, using the system of Ranked Choice Voting.

(Note: in my original #3 Demand of this article, I did not advocate Ranked Choice Voting. Based on reader responses in the comment section below, I decided to change #3. My original #3 Demand can still be read in one of my comments in the comment section below so that readers can compare, and also so that readers can understand the dialogue of comments better.)

Many people can agree with these 3 demands. Their rallying cry can be: Maximize Democracy! Moreover, as dissidents clearly stick to just these 3 demands, it will help the protest movement grow stronger. Other improvements in government can be made after these 3 demands are implemented into law.

Cities throughout the country need to have nonviolent protest rallies and marches until these 3 demands are implemented into our laws by the federal legislature. Elected officials who do not support these 3 demands shall be voted out of office, as an ever increasing number of Americans join the movement. Various organizations that help organize the mass rallies and marches can be allowed to speak briefly about their organizations at the rallies, but the main focus of the protest rallies should be to Maximize Democracy by advocating the above 3 demands.

Ideally it would be good to advocate a semblance of these 3 demands in the election of state governors and in the state elections of federal members of Congress. But each state legislature will have to pass laws to implement these demands at the state level.

Related Topic(s): Change; Democracy; Demonstrations; Government; Issues; Laws; Organize; Parties, Add Tags
Add to My Group(s)
Go To Commenting
The views expressed herein are the sole responsibility of the author and do not necessarily reflect those of this website or its editors.