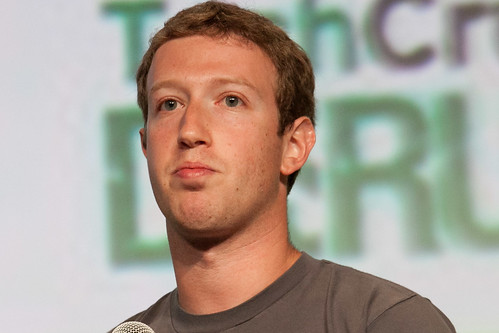 Why is it so hard to get Facebook to do anything about the hate and deception that fill its pages, even when it's clear that they are helping to destroy democracy? And why, of all things, did the company recently decide to exempt a climate-denial post from its fact-checking process? The answer is clear: Facebook's core business is to get as many people as possible to spend as many hours as possible on its site, so that it can sell those people's attention to advertisers. (A Facebook spokesperson said the company's policy stipulates that "clear opinion content is not subject to fact-checking on Facebook.") This notion of core business explains a lot -- including why it's so hard to make rapid gains in the fight against climate change.

For decades, people have asked me why the oil companies don't just become solar companies. They don't for the same reason that Facebook doesn't behave decently: an oil company's core business is digging stuff up and burning it, just as Facebook's is to keep people glued to their screens. Digging and burning is all that oil companies know how to do -- and why the industry has spent the past 30 years building a disinformation machine to stall action on climate change. It's why -- with the evidence of climate destruction growing by the day -- the best that any of them can offer are vague pronouncements about getting to "net zero by 2050," which is another way of saying, "We're not going to change much of anything anytime soon." (The American giants, like ExxonMobil, won't even do that.)

Total, the French oil company, has made the 2050 pledge, but it is projected to increase fossil-fuel production by 12 percent between 2018 and 2030. These are precisely the years when we must cut emissions in half, according to the Intergovernmental Panel on Climate Change, to have any chance of meeting the vital targets set by the Paris climate agreement, which aim to hold the planet's temperature increase as close as possible to one and a half degrees Celsius. The next six months will be crucial as nations prepare coronavirus recovery plans. Because effective climate planning at this moment will require keeping most oil, coal, and gas reserves in the ground, the industry will resist fiercely.

So we need power brought to bear from companies whose core business is not directly challenged by climate activism. Consider the example of Facebook again: after organizing by people like Judd Legum and StopHateForProfit.org, companies including Unilever and Coca-Cola agreed to temporarily stop advertising on the social platform. Coke's core business is selling you fizzy sugar water that can help make you diabetic -- when that's threatened, the company fights back. But when it feared being attacked for helping Facebook's core business, it simply stopped advertising with the company, which wasn't essential for Coke's business.

That's why it is critical to get third parties to pressure the oil industry. This past month, the growing fossil-fuel divestment campaign got a huge boost when the Vatican, whose core business is saving souls, called for divestment, and the Queen of England, whose core business is unclear but involves hats, divested millions from the industry. Keith Ellison, the attorney general of Minnesota, announced that he was suing ExxonMobil, as well as the American Petroleum Institute and Koch Industries, for perpetrating a fraud by spreading climate denial for decades. (Ellison's core business is justice, and his office is pursuing this climate action at the same time that it is prosecuting the killers of George Floyd.) All this, in turn, puts pressure on the financial industry to stop handing over cash to oil companies. As I pointed out in a piece last summer, JPMorgan Chase may be the biggest fossil-fuel lender on earth, but that's still only about seven percent of its business -- big, but not core.

Effective progress on climate will require government and the finance industry to enforce the edicts of chemistry and physics: massive action undertaken inside a decade, not gradual, gentle course correction. And that will require the rest of us to press those institutions. Because our core business is survival.

Anna Jane Joyner is a climate activist who concentrates on what she calls "crafting stories and strategies that inspire new audiences to take action on climate change." She makes special effort to engage evangelical Christians, including her father, who is a prominent pastor. She was featured in the Showtime series "Years of Living Dangerously," and is the co-host of the podcast "No Place Like Home" with Mary Anne Hitt, an activist from the Sierra Club.

You're focussed on spirituality and the response to climate change this season on the podcast. What are you learning?

I'm learning to take the long view and just focus on the next right thing. When the Rabbi Jennie Rosenn talked with us, for next week's episode, about the sedera celebration of the exodus of Israelites from slavery and oppression -- she emphasized that part of that story is that, first, they wandered in the wilderness for 40 years, not knowing what would happen, but with faith that God would protect them. Reverend Lennox Yearwood, of the Hip Hop Caucus, reminded us that for many vulnerable people, activism isn't a choice, it's simply fighting for their lives, families, and homes. For me, that means that even when we're feeling despair, anxiety, and fear, we can't give up -- a lot of people don't even have that option. He told us, "We can be overwhelmed but not overcome." Dr. Kritee Kanko, a Buddhist teacher, shared how meditation helped her climb out of a deep depression, and reminded us of our "interbeing" -- how deeply interconnected we are, as we're all witnessing now because of covid-19.

As activists, both Mary Anne and I have increasingly turned to spirituality as a way to find our own resilience and courage, and we've heard the same from a lot of fellow climate friends. We wanted to dig deeper into that and share it with our listeners, and also take a look at the landscape of spiritual stories and traditions to find even more tools and guides that offer light during hard, dark times.

You come from an evangelical background in your youth. What's made it seemingly uniquely hard for much of that world to grapple with this issue?

I am a preacher's daughter, and my dad is a climate-denying megachurch pastor. To me, it seems most white evangelicals are lost in a false nostalgia and brainwashed by the cult of Trump and Fox News. They're driven by an ideological identity and a mentality of my team vs. yours, not science, or even compassion, and stuck in the culture wars of the nineteen-eighties and nineties. I like to remind people that there's a lot more to Christianity than what white evangelicals have to say. There's still a lot of hope among young people who were raised in that space, and even those who still identify with it, who are far more likely to embrace science and social justice. And there are millions of progressive Christians who care about the climate crisis and are inspired by Jesus' teachings and other tenets of Christianity to act. But I fear that many, if not most, older white evangelicals may be lost -- not that I won't still keep trying.

How do you find solace when you have to deal with this crisis all the time, and what do you do when you just get overwhelmed?

Bill McKibben is the author of a dozen books, including The End of Nature and Deep Economy: The Wealth of Communities and the Durable Future. A former staff writer for The New Yorker, he writes regularly for Harper's, The Atlantic Monthly, and The (more...)
Related Topic(s): Activism; Climate; Evangelical; Facebook; Oil; Oil And Resource Wars; Oil Plumes; Politicians, Add Tags
Add to My Group(s)
Go To Commenting
The views expressed herein are the sole responsibility of the author and do not necessarily reflect those of this website or its editors.