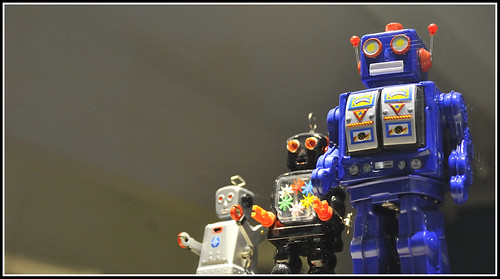 As any risk-taking pioneer knows, it is lonely taking the lead and suffering the derisive scorn of one's compatriots. I have been there and so can understand what Dr. Anthony Fauci, the director of The National Institute of Allergy and Infectious Diseases and the public face of the U.S. government's coronavirus efforts, must be feeling. Fauci was recently quoted by Time magazine as saying to interviewer Kate Linebaugh:

I don't think we should ever shake hands ever again, to be honest with you.

Time got the quote wrong. He actually said:

I don't think we ever should ever shake hands ever again, to be honest with you.

You can't be more emphatic than repeating a word three times.

Brave and cool-handed doctor that he is, he must be sweating now, wondering if getting so far out in front will result in unfair attacks on his feeling for flesh and blood human beings. Hand shaking has been around a while, and like hugs and kisses, people seem to like it, so the doctor is entering dangerous territory.

The triple "ever" in his statement seems to have raised some eyebrows with those who believe three is a magic number. Some say that you can never be too careful with such statements from public officials and you must read them as if they were entrails and you a haruspex. I doubt it.

I've heard it said that it might be a clever coded message to his in-crowd that they can still give the secret handshake, or is it the elbow shake, while the public gets the shakedown. I also doubt that kind of paranoiac speculation.

Maybe it's a way to "walk it back" if the heat gets too hot. Who knows? Maybe the triple "ever" in his statement will give him an opening to say he was only joking. I don't think so. He doesn't seem like the joking type.

He said he was being honest and I think we should take him at his word. Honesty is hardly ever heard and mostly what we need from him. You've heard that before, I assume, and agree. For we depend on him; he is, as they say, "America's Doctor."

I don't doubt that his words "don't... ever" mean never, and never is a long, long time. Like eternity, I guess.

When you're in the anti-germ business, no measures are too extreme. I know where he's coming from and think I know where he's going, too. I'm a germophobe myself and have always been extremely uncomfortable with the hand-to-hand stuff and have panic attacks at the thought of mouth-to-mouth activity. The other interpersonal bodily activities are beyond repulsive to me.

Whenever I've seen pictures of prisoners being visited by loved ones who were separated by a screen and couldn't touch, I would have this weird thought that I always kept to myself until now: that it also made sense for those outside prison cells to be separated by screens. I suppose it's why I'm really into cell phones. Screens do protect us from bugs, and most digital devices have anti-virus protection, which is especially handy during plague times.

As I said, I have taken pioneering risks myself and suffered ridicule as a result. I have recounted these experiences in detail before. What follows is a summary offered as a friendly warning to Dr. Fauci of how irrational people can be when your good advice and actions threaten their distorted sense of nostalgia for the old days and ways. They can get very nasty with their criticism.

My fear of germs and unhappiness with relationships led me to take radical steps. A few years ago, I woke up one morning and looked in the mirror and said to my image, "Man, you are a pathetic sad sack." Then I heard a report on National Public Radio that said the latest cool thing was to marry yourself; they called it sologamy, I think the guy said. It made you feel good about yourself, something I really needed. They interviewed this woman who had just married herself and boy was she flying high and enthusing about the great feeling it gave her. She said she had realized she had fallen out of love with herself and marrying herself was like the second time around. It really stirred my blood and got me thinking what I could do for myself in a germ-free way. I started humming that old song, you know, "Love is lovelier, the second time around..."

Related Topic(s): Advice; Corona Virus Coronavirus Covid-19; Disease-Virus-Epidemics; Dr Anthony Fauci Infectious Disease Expert Nih; Habits; Health; RISK, Add Tags
Add to My Group(s)
Go To Commenting
The views expressed herein are the sole responsibility of the author and do not necessarily reflect those of this website or its editors.