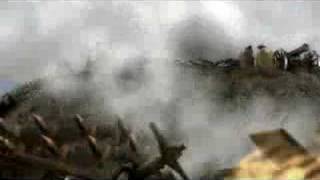 It is up to Europe whether or not the Earth dies in nuclear Armageddon.

European governments do not realize their potential to save the world from Washington's aggression, because the western Europeans are accustomed to being Washington's vassal states since the end of World War 2, and the eastern and central Europeans have accepted Washington's vassalage since the collapse of the Soviet Union. Vassalage pays well if all the costs are not counted.

By joining NATO, the eastern and central Europeans permitted Washington to move US military presence to Russia's borders. This military presence on Russia's borders gave Washington undue confidence that Russia also could be coerced into a vassal state existence. Despite the dire fate of the two finest armies ever assembled -- Napoleon's Grand Army and that of Germany's Wehrmacht -- Washington hasn't learned that the two rules of warfare are: (1) Don't march on Russia. (2) Don't march on Russia.

Because of Europe's subservience to Washington, Washington is unlikely to learn this lesson before Washington marches on Russia.

Washington in its hubristic idiocy has already begun this march piecemeal with the coup in Ukraine and with its attacks on Syrian military positions. As I wrote earlier, Washington is escalating the crisis in Syria.

What can stop this before it explodes into war is eastern and central Europe's decision to disengage as enablers of Washington's aggression.

There are no benefits to Europe of being in NATO. Europeans are not threatened by Russian aggression, but they are threatened by Washington's aggression against Russia. If the American neoconservatives and their Israeli allies succeed in provoking a war, all of Europe would be destroyed. Forever.

What is wrong with European politicians that they take this risk with the peoples that they govern?

Europe is still a place of beauty constructed by humans over the ages -- architecturally, artistically, and intellectually -- and the museum should not be destroyed. Once free of Washington's vassalage, Europe could even be brought back to creative life.

What do Europeans get for the extreme penalties imposed on them as Washington's vassals? They get nothing but the threat of Armageddon. A small handful of European "leaders" get enormous subsidies from Washington for enabling Washington's illegal agendas. Just take a look at Tony Blair's enormous fortune, which is not the normal reward for a British prime minister.

Europeans, including the "leaders," have much more to gain from being connected to the Russia/China Silk Road project. It is the East that is rising, not the West. The Silk Road would connect Europe to the rising East. Russia has undeveloped territory full of resources -- Siberia -- that is larger than the United States. On a purchasing power parity basis, China is already the world's largest economy. Militarily the Russian/Chinese alliance is much more than a match for Washington.

If Europe had any sense, any leadership, it would tell Washington good-bye.

What is the value to Europe of Washington's hegemony over the world? How do Europeans, as opposed to a handful of politicians receiving bags full of money from Washington, benefit from their vassalage to Washington? Not one benefit can be identified. Washington's apologists say that Europe is afraid of being dominated by Russia. So why aren't Europeans afraid of their 73 years of domination by Washington, especially a domination that is leading them into military conflict with Russia?

Related Topic(s): Armageddon; Death; Hegemony; Military; NATO; Wars, Add Tags
Add to My Group(s)
Go To Commenting
The views expressed herein are the sole responsibility of the author and do not necessarily reflect those of this website or its editors.