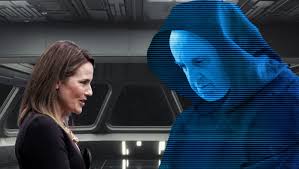 The Catholic Church returned to national focus over the last month. During that period, two distinct versions of Catholicism have taken center stage.

The first was the Republican, pre-Vatican II Catholicism of Judge Amy Coney Barrett who was interviewed for a lifetime position on the bench of the nation's Supreme Court (SCOTUS).

The second version of Catholicism displayed last month was the post-Vatican II form of Pope Francis who pointedly issued his latest encyclical, Fratelli Tutti ("Brothers All") exactly one month to the day before our country's general election on November 3rd.

Let's take a look at both forms of Catholicism for purposes of highlighting aspects of Pope Francis' encyclical that many commentators have overlooked and that Judge Barrett explicitly rejects.

Judge Coney Barrett's form of Catholicism is the one which (thanks to a pair of reactionary, restorationist popes - John Paul II and Benedict XVI) most non-Catholics (even 55 years after the Second Vatican Council) still identify with the church of Rome. It comes off as a weird, backward-looking cult mirrored in Catholic organizations like Opus Dei and the People of Praise fundamentalists long embraced by the SCOTUS nominee.

This version of Catholicism insists that men are the heads of households, and that women are their husband's "handmaids." Its spiritual practices reflect nostalgia for Latin Masses and ostentatious clerical costuming. The practices centralize specifically Catholic customs like abstention from meat on Fridays, reciting the rosary, and rejecting the salvific value of Protestant denominations and, of course, non-Christian religions. In its latest incarnation, this type of Catholicism goes so far as to preach a Catholic version of the prosperity gospel celebrated by white American evangelicals.

However, Judge Coney Barrett's Catholicism goes even further. As a dyed in the wool Trump supporter, hers represents a particularly Republican understanding. It focuses on reproductive issues. This means that despite the Church's pedophilic scandals, it continues to grant to discredited celibate males the moral authority to pronounce on issues such as abortion, same sex marriage, in vitro fertilization, and contraception. Under some versions, it would also refuse communion to divorcees. (Of course, none of these concerns are addressed anywhere in the Bible).

Meanwhile, as a Republican supporter of President Trump, the faith of the Supreme Court nominee allows her to endorse the extreme nationalism reflected in Trump's MAGA preoccupations. This entails underwriting anti-immigrant policies including refugee concentration camps, baby jails and separation of families at our southern border. It rejects Black Lives Matter and the African American community's call for reparations while valuing blue lives as more important than the victims of police violence. It supports U.S. wars, increased military spending, torture, extra-judicial executions, and capital punishment. It denies anthropogenic climate change. Its model of God's Kingdom is an economic technocracy, where the country is run "like a business." Hence, it supports privatized, for-profit health care. Its overall economic approach is top-down, since it believes that the wealthy rather than the poor deserve subsidies, bailouts and outright welfare on the disproven theory that such government largesse might eventually trickle down to the less deserving.

All of Judge Coney Barrett's specifically Republican understandings of Catholicism are not only directly contradicted by Pope Francis' Fratelli Tutti; they also ignore the Church's long history of social justice instruction that stretches back to at least 1891 and Leo XIII's publication of Rerum Novarum ("Of Revolutionary Change").

Even more, Coney Barrett's restorationist version of Catholicism directly contradicts the teachings of Vatican II which remains the official teaching of the Catholic Church. In a sense, then, her People of Praise understanding represents what has traditionally been classified as "heretical" belief.

With all of this in mind, consider the teachings of Fratelli Tutti on the essence of Christianity, its relationship to other world religions including Islam, and the position it takes on immigration, capitalism, populism, violence, war, capital punishment, and abortion. (All references below are to the encyclicals numbered paragraphs.)

Then imagine how different Ms. Coney Barrett's confirmation hearing responses might have been - and their effect on national consciousness - had she embraced the official positions of the Church with which she so insistently claims to identify, but whose authoritative teachings she and other Republicans evidently reject. As delineated in Fratelli Tutti, those teachings address:

Related Topic(s): Abortion; Catholic; Catholicism; Christianity; Faith; Immigrants; Islam; Jesus; Pope Francis; Populism; (more...) Refugees; Religion; Trump; Violence, Add Tags  (less...)
Add to My Group(s)
Go To Commenting
The views expressed herein are the sole responsibility of the author and do not necessarily reflect those of this website or its editors.

STAY IN THE KNOW
If you've enjoyed this, sign up for our daily or weekly newsletter to get lots of great progressive content.
Series: "Sleeping Through the TPP Coup: Why a Trans-National Corporate Power Grab That Hurts Almost Everyone Is Arousing So Little Outcry"