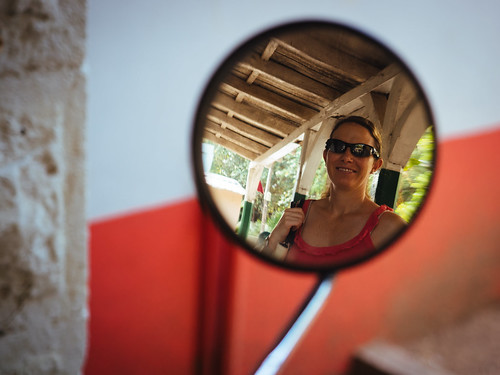 looking in the mirror
(Image by BPPrice)   Details   DMCA

Impeachment dramas on Capitol Hill have routinely skipped over a question that we should be willing to ask even if Congress won't: "What about a president's unimpeachable offenses?"

The question is the flip side of one that Republican Gerald Ford candidly addressed when he was the House minority leader 50 years ago: "What, then, is an impeachable offense? The only honest answer is that an impeachable offense is whatever a majority of the House of Representatives considers it to be at a given moment in history."

So, when the House approved two articles of impeachment on Donald Trump in December 2019 and one impeachment article last month, the actions were much too late and much too little.

On Feb. 6, 2017, less than three weeks into Trump's term, I wrote in The Hill newspaper: "From the outset of his presidency, Trump has been violating the U.S. Constitution in a way that we have not seen before and should not tolerate. It's time for members of Congress to get the impeachment process underway." I pointed out that "the president continues to violate two 'emoluments' clauses in the Constitution. One prohibits any gifts or benefits from foreign governments, and the other prohibits the same from the U.S. government or any U.S. state."

But, at the outset, treating President Trump as unimpeachable -- despite those flagrant violations of the Constitution -- greased the wheels for the runaway madness of his presidency in the years that followed. As Trump's destructive joyride went on, reasons to impeach him proliferated. Researchers easily drew up dozens of articles of impeachment. But in the eyes of political elites, as with previous presidents, Trump's offenses were seen as unimpeachable.

Two decades earlier, President Bill Clinton became the second impeached president in U.S. history. The frenzy was akin to vilifying Al Capone for tax evasion. "We all seem to have lost our sense of proportion," historian Howard Zinn wrote five weeks before Clinton's impeachment. "Why are the political leaders of the United States and the major media talking of impeaching Bill Clinton for lies about sex, surely not the most important sins of his administration?"