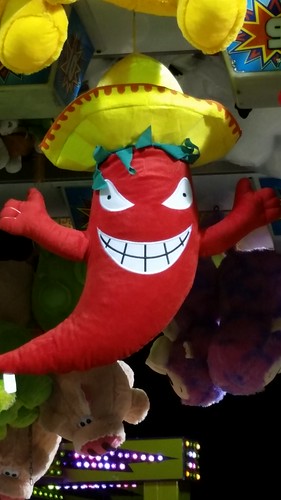 I am a male over 60 and have [or had] a serious health problem that I tried to ignore for the last three years. I tried every holistic treatment, supplement, vitamin and herb under the sun.

During that period my gastrointestinal tract quit working three times. I had a lot of trouble breathing and although I had the urge nothing would come out of my body. You get the picture.

[Disclaimer: The following is not a medical article]

Since I consider the hospital a dangerous place I refused to go to the Emergency Room. Not only do I avoid the Hospital like the plague I don't go to doctors. When I was a kid, before modern medicine and "specialists," our doctor, Abe Greenberg, carried a black bag and took an oath, Primum non nocere, "First, do no harm"). Doctor Greenberg in 1950, 10 years before iatrogenic disease became a reality [Appendix A], had this to say about the sick:

For Dr. Greenberg to be "politically and medically correct" he would have said:

I have been around doctors and hospitals my entire life. 50% of my male cousins are doctors. My father wanted to be a doctor. My mother wanted me to be a doctor and my sister almost married two doctors. I grew up working in the hospital owned by my father and his brother who was " you guessed it, a doctor. I watched the doctors kill my grandfather and brother in the name of health care progress, and finally I started a company with one of my doctor cousins that is a leading physician group practice company focused on the delivery of hospitalist medicine (Inpatient care) and related facility-based services, including acute, sub-acute and long-term care settings.

The story of my three-year gastrointestinal adventure is coming soon but I want to raise awareness about one issue right away just in case what I found about Nightshade plants can help you.

After I survived the first gastrointestinal shut down, I was forced to see a doctor, actually a number of doctors. Because modern medicine is about specialists when the first one could not find out what was wrong he referred me to another, and another and another. I had just about every non-invasive blood, urine, breath and stool test modern medicine has to offer. They were all negative so the conclusion is that I must have the "cancer."

"Let us find out if you have stomach, prostrate, or kidney cancer " or all three."

You are not allowed to test me for cancer because even if I have cancer, and I doubt it, I don't want to know about it. The knowledge of having cancer can be worse than the cancer disease itself. Besides everyone has cancer cells, either your body can fight them or it can't. And your body can't do any fighting if it's trying to recover from surgery, chemo, radiation 'therapy' ... or the notorious toxicity of your cancer "fighting" drugs.

If you are a cancer survivor, then you survived the cancer and the treatment.

Do any of these symptoms sound familiar?

Until three years ago I had absolutely no issues with my kidneys or bladder. During the last three years I have experienced every one of the symptoms above. It didn't matter if I drank or didn't drink before I went to sleep: a good night was when I only got up three or four times.

During that time the color, density and smell of my urine changed on a daily, weekly and monthly basis. I remember needing to pee so bad I had to pay a restaurant to let me use their men's room.

Related Topic(s): Doctors; Health; Medical, Add Tags
Add to My Group(s)
Go To Commenting
The views expressed herein are the sole responsibility of the author and do not necessarily reflect those of this website or its editors.