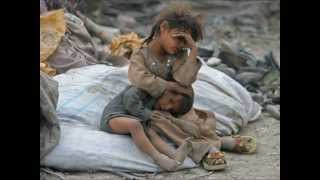 On Tuesday, Palestinians will commemorate the anniversary of the Nakba, or catastrophe, their mass expulsion and dispossession 70 years ago as the new state of Israel was built on the ruins of their homeland. As a result, most Palestinians were turned into refugees, refused by Israel the right to return to their homes.

Israel is braced nervously for many tens of thousands to turn out in the occupied territories this week to protest against decades of its refusal to make amends or end its oppressive rule.

The move tomorrow of the US embassy to Jerusalem, a city under belligerent occupation, has only inflamed Palestinian grievances -- and a sense that the West is still conspiring in their dispossession.

The expected focus of the protests is Gaza, where unarmed Palestinians have been massing every Friday since late March at the perimeter fence that encages two million of them.

For their troubles, they have faced a hail of live ammunition, rubber bullets and clouds of tear gas. Dozens have been killed and many hundreds more maimed, including children.

But for more than a month, Israel has been working to manage western perceptions of the protests in ways designed to discredit the outpouring of anger from Palestinians. In a message all too readily accepted by some western audiences, Israel has presented the protests as a "security threat."

Israeli officials have even argued before the country's high court that the protesters lack any rights -- that army snipers are entitled to shoot them, even if facing no danger -- because Israel is supposedly in a "state of war" with Gaza, defending itself.

Many Americans and Europeans, worried about an influx of "economic migrants" flooding into their own countries, readily sympathise with Israel's concerns -- and its actions.

Until now, the vast majority of Gaza's protesters have been peaceful and made no attempt to break through the fence.

But Israel claims that Hamas will exploit this week's protests in Gaza to encourage Palestinians to storm the fence. The implication is that the protesters will be crossing a "border" and "entering" Israel illegally.

The truth is rather different. There is no border because there is no Palestinian state. Israel has made sure of that. Palestinians live under occupation, with Israel controlling every aspect of their lives. In Gaza, even the air and sea are Israel's domain.

Meanwhile, the right of Palestinian refugees to return their former lands -- now in Israel -- is recognized in international law.

Nonetheless, Israel has been crafting a dishonest counter-narrative ever since the Nakba, myths that historians scouring the archives have slowly exploded.

One claim -- that Arab leaders told the 750,000 Palestinian refugees to flee in 1948 -- was in fact invented by Israel's founding father, David Ben Gurion. He hoped it would deflect US pressure on Israel to honor its obligations to allow the refugees back.

Related Topic(s): Ghetto; Israel; Nakba; Occupation; Palestinian; Protest; Refugees, Add Tags
Add to My Group(s)
Go To Commenting
The views expressed herein are the sole responsibility of the author and do not necessarily reflect those of this website or its editors.