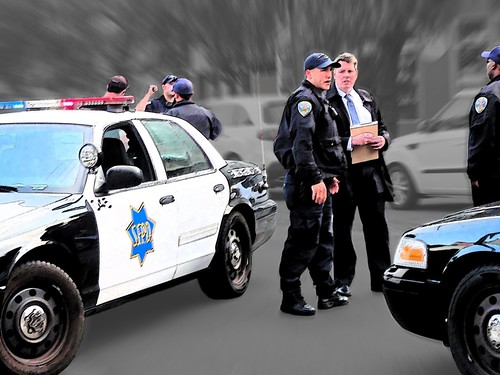 Think twice before you call the cops to carry out a welfare check on a loved one.

Especially if that person is autistic, hearing impaired, mentally ill, elderly, suffering from dementia, disabled or might have a condition that hinders their ability to understand, communicate or immediately comply with an order.

Particularly if you value that person's life.

At a time when growing numbers of unarmed people are being shot and killed for just standing a certain way, or moving a certain way, or holding some thing any thing that police could misinterpret to be a gun, or igniting some trigger-centric fear in a police officer's mind that has nothing to do with an actual threat to their safety, even the most benign encounters with police can have fatal consequences.

Unfortunately, police trained in the worst case scenario and thus ready to shoot first and ask questions later increasingly pose a risk to anyone undergoing a mental health crisis or with special needs whose disabilities may not be immediately apparent or require more finesse than the typical freeze-or-I'll-shoot tactics employed by America's police forces.

Just recently, in fact, Gay Plack, a 57-year-old Virginia woman with bipolar disorder, was killed after two police officers sent to do a welfare check on her entered her home uninvited, wandered through the house shouting her name, kicked open her locked bedroom door, discovered the terrified woman hiding in a dark bathroom and wielding a small axe, and four seconds later, shot her in the stomach.

That's all the time it took for the two police officers assigned to check on Plack to decide to use lethal force against her (both cops opened fire on the woman), rather than using non-lethal options (one cop had a Taser, which he made no attempt to use) or attempting to de-escalate the situation.

The police chief defended his officers' actions, claiming they had "no other option" but to shoot the 5 foot 4 inch "woman with carpal tunnel syndrome who had to quit her job at a framing shop because her hand was too weak to use the machine that cut the mats."

This is what happens when you empower the police to act as judge, jury and executioner.

This is what happens when you indoctrinate the police into believing that their lives and their safety are paramount to anyone else's.

Suddenly, everyone and everything else is a threat that must be neutralized or eliminated.

In light of the government's latest efforts to predict who might pose a threat to public safety based on mental health sensor data (tracked by wearable data such as FitBits and Apple Watches and monitored by government agencies such as HARPA, the "Health Advanced Research Projects Agency"), encounters with the police could get even more deadly, especially if those involved have a mental illness or disability.

Indeed, disabled individuals make up a third to half of all people killed by law enforcement officers.

That's according to a study by the Ruderman Family Foundation, which reports that "disabled individuals make up the majority of those killed in use-of-force cases that attract widespread attention. This is true both for cases deemed illegal or against policy and for those in which officers are ultimately fully exonerated" Many more disabled civilians experience non-lethal violence and abuse at the hands of law enforcement officers."

Related Topic(s): Assault; Bipolar; Government; Police; Police Shooting, Add Tags
Add to My Group(s)
Go To Commenting
The views expressed herein are the sole responsibility of the author and do not necessarily reflect those of this website or its editors.