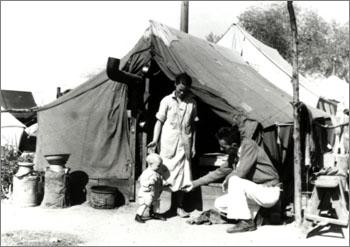 In 1933, Adolph Hitler is alleged to have said, "In twelve years you won't recognize Berlin. "So, when George of the Bungle says, "You wait, we're going to have a stock market like you've never seen before." I start thinking of can goods and remote locations. The orange one has done little or nothing to alleviate the crises and yet the little amount he has given has been negative. Rather than placing a stupid Trump quote here, let's play"write your own stupid quote! Honestly, do you think given time and applying effort you could match the stupidity of the orange one's quotes off the cuff?

It reminds me of H.G. Well's War of the Worlds, the orange Martian unfazed by Mueller rays, impervious to impeachment artillery is brought down by a virus. His machines grinding to a halt and his agenda dripping from the floorboards to the hatches of the ruined machines. At the critical moment of history let us remember, Donald Trump tried to warn us about coronavirus. That's the message from the daily, "I'm Donald Trump and I'm in charge here press conference!" Thank you, Mr. President, we're all so grateful for all that you do. Yes. He's trying to turn the narrative, he warned us, but the Center for Disease Control and the World Health Organization just wouldn't listen!

How would you describe such behavior in medical terms? Sick puppy or malevolent monster? Trying to tell the whole world you got this when the balls already gone between your legs. It's a Democratic hoax! The Cheeto being the Cheeto does what he does best, he points fingers and blames others. But now with his sycophant committee of the damned led by Mike Pence he can play bipartisan while deferring tough questions to those with book learnin.

Monday the traffic was half of my regular commute. Tuesday, I woke up with one side of my head congested. My stomach felt sour and I didn't feel just right. It was that feeling that I was coming down with something. I let my work know I wouldn't be in; under normal conditions I would have gone in and not give it a second thought. It was a strange feeling, "Boss, I'm gonna do you a favor and not come in today! You can thank me later." By ten thirty a depression set in, two weeks in the house all alone and sick. Two weeks sick with ransacked drug and grocery stores. By mid-day I was developing a scratchy throat and felt the sword of Damocles overhead.

Already buried in medical debt the thought of going to be tested scared me. I know what they've said about free testing but that's just Cheeto talk. You're test came back negative, that will be twelve hundred dollars. Or you have Budweiser virus cheap and domestic. I had all the symptoms but did not have a fever, I felt feverous but cool. Twelve hours later and still no fever and my sore throat is gone! I'm the luckiest boy in the whole wide world, I have a cold. A plain old ordinary cold and I'm so happy. It drives home the nature of this pandemic. If you get it, you got it. Like a sentence from a judge, your life is immediately disordered and completely out of your control.

Related Topic(s): Agenda; Depression; Health; History; Hitler; Impeachment; Pandemic; STUPIDITY; Trump; Work, Add Tags
Add to My Group(s)
Go To Commenting
The views expressed herein are the sole responsibility of the author and do not necessarily reflect those of this website or its editors.