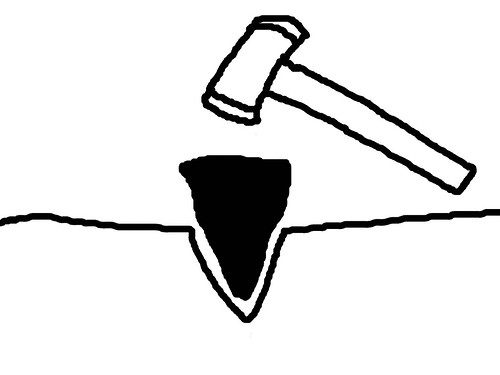 Back in 2006, I wrote , "Just as Republicans have gay marriage and flag burning as their "wedge issues," there are issues that independents strongly support that Democrats passionately love." It's wonderful that gay marriage is no longer an issue. The longstanding issues Republicans have had include abortion, anti-communism, and since Trump, immigration. Nonetheless, the wedge issues my 2006 article discussed, based on polling OEN commissioned, are still highly viable. I think it's time to re-visit those issues as means for separating moderate Republicans and independents from Trump and his down-ticket enablers. (Yeah, I know duopoly, blah blah, but the world will be a better place with less Republicans in office.)

These are wedge issues to aggressively advocate in right wing opponents' faces as a tool for winning elections. An OpEdNews Zogby People's poll identifies powerfull issues candidates can use to win campaigns.

OpEdNews commissioned the Zogby company to do a public opinion poll in Pennsylvania in late May 2006. We looked at a range of issues using standard and custom designed demographics. We discovered a collection of issues that look great for Democrats-- that democrats and independents strongly support, and which Republicans either moderately support or support with a majority, that Republican candidates would have a very hard time running on, because of their extremist base.

This poll was done in Pennsylvania, a slightly blue state that has been described as Philly and Pittsburgh with Alabama in the middle. For that reason, PA represents, in a microcosm, much of the rest of the US. But don't take this for granted. Consider doing issue polling for your campaign. See how the winner and losers I've picked play with your campaign's constituency area.

I'll also discuss a few issues that may seem attractive but that don't have the support of the polling.

This article will list issues with statistics as follows:


other relevant crosstab stats
comments on the issue.


Even a majority of Republicans support health insurance coverage for birth control pills and Independent support is very sollid. Candidates like PA senate candidate Bob Casey, who have taken an anti-abortion position can differentiate themselves from more rabid anti-abortion, anti-contraceptive opponents like Rick Santorum. Santorum could never support birth control because of his core base. This issue helps accentuate the right wing extremism. It looks reasonable, is clearly pro-life and helps to reduce abortions. This could be the most potent issue candidates running against right wingers and republicans should embrace and hit hard. Force your opponents to take a stand on this. It will weaken their right wing base or force them to the far, far right.

19. Do you agree or disagree that health insurance should cover birth control pills?


More born-agains support birth control and abortion thand they do Embryonic Stem Cells. That makes it even harder for right wing candidates to support what is clearly an issue that 66/26 is a winning issue which progressives and democrats can embrace. Find a local patient with ALS, Parkinsons, or some other disease that could be helped by embryonic stem cell research and tell their story.

Election reform may not seem sexy, but it resonates with Democrats and independents, and even a plurality of Republicans support it. The idea is to take the money out of campaigns. Once a candidate does what it takes to get on the ballot, he becomes eligible for funds provided by the government. Another poll we ran in January showed there is strong support for REQUIRING mainstream media to provide free ad time for candidates within this kind of system. That would cut the costs of the campaigns enormously, making them affordable for government to finance.

Do you have the independence and guts to stand up for this spin on single payer health care. Those on social security get medicaid. Retirees get medicare. Veterans get VA health care benefits. By a huge margin, among independents and Democrats, and even a majority of Republicans support health care for anyone working. True, this leaves out the unemployed, but this could be written to include laid off workers as long as they are looking for work.. Taking the next step to single payer health care for all would be a small one after including all workers. The down side is you will not make health insurers or big pharma companies happy.

Related Topic(s): 2006 Campaigns Candidates Progressive; 2006 Elections; Issues; Pennsylvania; Progressive Values; Wedge Issues, Add Tags
Add to My Group(s)
Go To Commenting
The views expressed herein are the sole responsibility of the author and do not necessarily reflect those of this website or its editors.