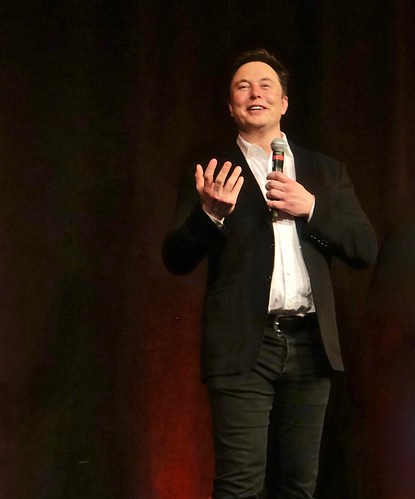 Last week, when the billionaire neo-colonialist Elon Musk was confronted on Twitter about how his company is benefitting from the Washington-perpetrated coup in Bolivia, he replied with a statement that encapsulates the ugly nakedness of current U.S. imperialism: "We will coup whoever we want! Deal with it." I have a feeling that when the world looks back on 2020, the time when the U.S. lashed out with such great violence when faced with its imperial decline, Musk's declaration will be seen as the moment when the mask of the empire came off.

Since World War II, the U.S. has interfered in the elections of at least 85 countries and engaged in military warfare against at least 36 countries, with between 20 and 30 million people estimated to have been killed throughout this time by all of the U.S.' foreign operations. The CIA's covert operations alone have led to the deaths of at least half a dozen million people, according to the Association for Responsible Dissent. The report that showed that U.S. sanctions killed over 40,000 Venezuelans between 2017 and early 2019 gives a small hint of how many have been killed by Washington's economic warfare. Built on the colonial genocide of indigenous peoples and Africans, the U.S. has been and continues to be a genocidal empire that's comparable to Nazi Germany.

The fact that now is the moment when a U.S. oligarch like Musk feels the need to so openly boast about U.S. imperialism shows that as the U.S. struggles for continued hegemony, its genocidal nature is becoming more apparent. Essentially gone is the veneer of "humanitarianism" and "democracy", which the empire has used to cloak the nature of its actions. A representative of the Washington imperialists has stated that they'll coup whoever they want, even if it leads to the creation of a dictatorial regime that enacts ethnic cleansing against Bolivia's indigenous people.

While the Trump administration has still used the old "humanitarian" language, its foreign-policy approach has reflected the trend towards naked imperialism signified in Musk's tweet. The mask of empire has more and more come off since the end of the Obama era, with Trump expanding Obama's bombing and drone programs, further escalating the cold war with Russia, and pushing towards war with Iran. The White House's normalization of brash anti-Chinese demagoguery and unprecedented military buildup against Washington's rival superpowers also represent the continued American descent into a paradigm of war.

The Trump administration's approach towards policing Latin American politics also shows how the Washington establishment shares Musk's mentality. Similarly to Operation Condor, the horrendously violent Cold War-era effort to stamp out leftist movements in Latin America, there's a campaign to overthrow all the anti-imperialist governments in the region and repress those who seek to get rid of Latin America's neoliberal regimes.

The neoconservative Washington clique has plans to try to carry out regime change not just in Venezuela, but in Cuba, Nicaragua, and Mexico. Trump, whose administration has attempted numerous coups in Venezuela, promised this month that "something will happen" in Venezuela soon. In 2018, the CIA helped elect Jair Bolsonaro as president of Brazil, allowing the U.S. to have another regional ally in its campaign to militarily threaten Venezuela. Neoliberal Latin American states like Brazil, Colombia, and now Bolivia are carrying out increasing repression. It seems Latin America's 20th-century era of right-wing dictatorships, which Bolsonaro glorifies, is on its way to being repeated.

Despite Musk's trollish bluster, though, the material realities are putting increasing limitations on how much the U.S.-centered corporatocracy can impose its will upon the world. Today's dictatorships and proto-dictatorships in Latin America aren't as strong as their 20th-century predecessors were, partly because of the strength that the region's leftist movements have gained; Argentina, for instance, now has a leftist-led government that's largely shaped by the country's feminist and human-rights movements, contrasting the U.S.-backed dictatorship that terrorized the country's people during the 1970s and '80s. Bolivia's regime has been met with militant indigenous and proletarian resistance, with indigenous groups now organizing to take back control of the lithium that Musk has stolen from them. Despite Bolsonaro's threats of repression, class struggle is continuing to escalate in Brazil amid delivery-worker strikes.

Related Topic(s): CIA; Coup; Repression; Trump, Add Tags
Add to My Group(s)
Go To Commenting
The views expressed herein are the sole responsibility of the author and do not necessarily reflect those of this website or its editors.