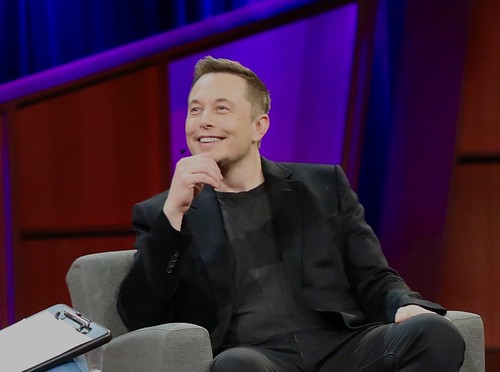 Elon Musk is a prototypical billionaire capitalist. He is a descendant of South Africa's colonial class that raped, pillaged, and segregated the country for generations. Far from a "self-made" man, Musk inherited his wealth from racist thieves who colonized Africa's mineral wealth. The billionaire face of Tesla has gained the reputation as a forward-thinking magnate of the high-tech "green" economy. But if Musk's recent tweets are any indication, it is quite clear that the apple doesn't fall far from the family tree.

"We will coup whoever we want" tweeted Musk on July 24th in response to an account that condemned his role in the U.S.-backed coup in Bolivia as antithetical to the interests of the people. The Twitter exchange went viral, with many reminding users of the real reasons behind the violent overthrow of Bolivian President Evo Morales in November of 2019. Less than a week before the coup, Bolivia rejected a bid from the German corporation ACISA to extract lithium from the country's vast reserves. ACISA provides batteries for Tesla vehicles. Once the right-wing regime was installed in Bolivia, Tesla's stock values rose immensely.

The coup in Bolivia was another criminal act in the U.S.' long history of engagement in the theater of imperialism. Coup-leader Luis Camacho is a far-right Catholic fascist at the helm of the Pro-Santa Cruz Committee, a U.S.-funded NGO that now enjoys deep dies to far-right coup "president" Jeanine AÃ±ez. U.S.-backed civil society organizations collaborated with U.S.-friendly generals to coordinate the ouster of Morales with the full support of billionaires like Elon Musk. Musk's admission of his role in the coup should come as no surprise. Billionaire capitalists such as Musk cheer on the colonial and imperial violence inherent in military coups and wars because in the end, violent regime change serves their bottom line.

Musk's claim that "we will coup whoever" we want is in keeping with the history of U.S. capitalism and imperialism since the end of World War II. In nearly 80 years, the U.S. has waged wars of aggression on every corner of the world at the behest of Musk and his class. Morales' overthrow resembled the CIA-led coup in Chile that took place on September 11th, 1973. Corporations such as Chase Manhattan Bank and ITT financed and organized the fascist overthrow of socialist Salvador Allende with help from the CIA. Just as Evo Morales nationalized lithium and other sectors of Bolivia's economy, so too did Allende nationalize copper and other resources key to the profits of U.S. monopolies.

Elon Musk's mind is driven by class interests. Musk is member of a band of coup plotters and warmongers that have ruled the United States since its inception. George Washington was a slave owner who slaughtered indigenous people to clear way for the flesh-peddling enterprise. Prescott Bush, George W. Bush's grandfather, was a banker who provided generous support to Hitler's Nazi movement as a bulwark against Soviet socialism. And in the 21st century, capitalists like Bill Gates, Elon Musk, and Jeff Bezos lavish the Pentagon and politicians with technology and Super PAC money to ensure "their" markets are safe from the people that inhabit them.

This is the "we" that Musk references in his tweet. The victims of corporate-driven coups and military invasions are worse than afterthoughts; their premature deaths are absolutely necessary to the reproduction of the system. Musk and his class do not view the majority of peoples in the underdeveloped and super exploited Global South as cheap labor alone. In many respects, the very existence of the indigenous peoples in Bolivia or the Democratic Republic of the Congo only gets in the way of the plunder of precious minerals required to assemble technology on another end of the supply chain. This is why the U.S. continues to support a genocide in the Democratic Republic of the Congo which has killed over six million Congolese since 1996 and why sanctions are not even considered war by U.S. officialdom despite their deadly impact on over thirty countries around the world.

Hatred of socialism is just as much part of the capitalist psyche as the lust for war. In a later Tweet, Musk once again went viral for poking fun at Karl Marx by posting a meme that Das Kapital's overall message equated to "give me that for free." While Musk's meme is a common slander against socialism, it is also a product of fear. Musk fears social orders that place the human right to healthcare, housing, employment, and life itself above his own private profits. Bolivia was such a society prior to the 2019 coup. Under Evo Morales, extreme poverty was cut in half and the right to education and healthcare were priorities of his administration.

Societies guided by the teachings of Karl Marx continue to draw the most ire from the capitalist class and its hirelings in the U.S. political establishment. China, which adheres to a development path of socialism with Chinese characteristics, has been the target of U.S. military, economic, and diplomatic aggression in recent weeks as the country gets closer and closer to becoming the largest economy in the world ahead of the United States. Cuba remains under a U.S.-sanctions regime that siphons billions of USD from their socialist economy. The DPRK also faces a brutal U.S.-led sanctions regime and the added threat of thousands of U.S. troops south of its artificial border imposed by imperialism nearly seventy years ago. What crimes did these nations commit? They charted an independent course of socialist development that not only places the wealth of society at the command of the state but also empowers workers to the position of ruling class in contradistinction to their position as wage slave and political subordinate of their bosses under the capitalist model.

Musk's primal motivation to "coup whoever we want" and his hatred of Karl Marx thus go hand in hand. Endless war is a central feature of modern capitalism that benefits individual capitalists such as Musk immensely. Their stocks rise while progressive governments fall and precious resources come under the dominion of profiteers. People like Musk deserve much more than condemnations on their Twitter feeds. They deserve to have their wealth and power over society stripped from them and redistributed to the masses of people. The future of humanity depends on it.

Related Topic(s): Elon Musk, Add Tags
Add to My Group(s)
Go To Commenting
The views expressed herein are the sole responsibility of the author and do not necessarily reflect those of this website or its editors.