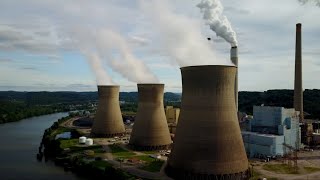 But I do know a fair amount about the climate crisis, having written the first book on the subject back in 1989. So I can say with confidence that if Australians want to play a serious role in fixing the greatest challenge we've ever faced, this may be about the last election where people retain enough leverage to make a real difference.

Global warming, after all, is a math problem: how quickly can we reverse the flow of carbon into the atmosphere? The Intergovernmental Panel on Climate Change, in its report last year, said that unless a fundamental transformation was fully underway by 2030, we stood no chance of meeting the targets the world set in the Paris climate accords. No matter what country you're in, "fundamental transformations" don't come overnight; if you want to dramatically trim carbon emissions in 2030, it means you better start in 2020.

The climate change election: where do the parties stand on the environment? That means that if Aussie politicians of all stripes are still passing around lumps of coal and fantasizing about huge new coal mines, that's not going to happen.

Bill McKibben is the author of a dozen books, including The End of Nature and Deep Economy: The Wealth of Communities and the Durable Future. A former staff writer for The New Yorker, he writes regularly for Harper's, The Atlantic Monthly, and The (more...)
Related Topic(s): Climate Crisis; Scientists, Add Tags
Add to My Group(s)
Go To Commenting
The views expressed herein are the sole responsibility of the author and do not necessarily reflect those of this website or its editors.