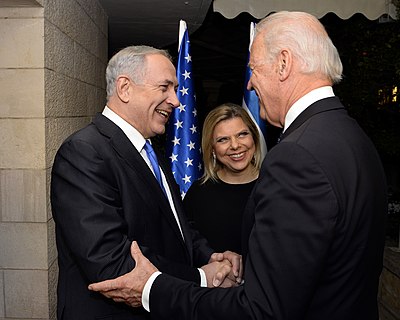 Many people are now painfully aware that the United States is on the verge of falling under an iron fist of repressive rule, crushing basic democratic possibilities, if Donald Trump gets a second term as president. Yet the Democratic Party nominee is weak, uninspiring, often inarticulate and apt to be distasteful or worse when he's intelligible.

What are progressives to make of this truly dire situation -- and, most importantly, what are we to do? Right now.

At this potentially cataclysmic moment, I haven't seen better answers anywhere than on the new website NotHimUs.org, where a basic precept is laid out in big letters on the first screen: "We've got our own reasons to vote for Biden, and Joe ain't one."

The next words are from Cornel West: "A vote for Joe Biden is . . . a way of preserving the condition for the possibility of any kind of democratic practice in the United States."

The "Not Him Us" site goes on to ask a central question: "We wanted a political revolution. Now what?" The answers begin by reframing the current realities to include not just clear and present dangers but also great possibilities:

** "It might not feel like it right now, but our movements are starting to win. In the streets: one of the most massive uprisings in our nation's history is unfolding, demanding racial justice and systemic change. And in the halls of power: from Alexandria Ocasio-Cortez and Rashida Tlaib, to Jamaal Bowman and Cori Bush, more and more people's champions are challenging a failed status quo -- and winning."

** "To continue to gain ground, we need to keep building our movements and elect more people's candidates. But right now our forward trajectory depends on stopping Trump in his tracks. Our organizations, movements, and people's candidates are engaged in an incredibly consequential contest for the future. If history is any guide, we cannot allow an authoritarian demagogue like Trump to continue to consolidate power."

** "We must defeat Trump soundly in November. It's up to us. Plug into a voter engagement effort in a priority state."

Related Topic(s): 2020 Elections; Joe Biden, Add Tags
Add to My Group(s)
Go To Commenting
The views expressed herein are the sole responsibility of the author and do not necessarily reflect those of this website or its editors.