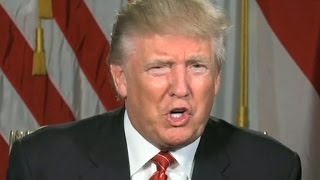 Donald Trump has been struggling with historically unmatched low approval ratings -- in the middle and high 30s for the most part -- across most of his presidency. That is hardly surprising, given the ridiculous Boss Tweet's relentlessly racist, sexist, plutocratic, eco-cidal, narcissistic, childish, and militantly un-presidential behavior. Like Ronald Reagan and George W. Bush before him but on a significantly bigger scale, Trump has made a laughingstock out of the United States. Trump's disgusting and idiotic conduct in the White House is all too obviously consistent with Trump's disgraceful history since long before he became a serious presidential candidate.

The Yippies joked about running a pig for president in 1968. Forty-eight years later, the Republicans ran one and it won. And now it wants a big military parade!

In my last Counterpunch essay, I wrote about how the deadly buffoon in the White House has retained a remarkably durable if small base of support among 35 to 39 percent or so of the population. Here I want to examine a different question: how does the Insane Clown President get to keep his position atop Superpower despite his epic unpopularity and his obvious and shameful unfitness (see Michael Wolff's surprisingly masterful book Fire and Fury: Inside the Trump White House) for any complex and demanding job?

Part of the answer lays in the deeply undemocratic nature of the United States; political institutions, a reflection to no small extent of the nation's enduring captivity to the intentionally anti-democratic and wildly anachronistic Constitution crafted by the nation's slave-owning and powdered-wig wearing Founders to protect the propertied "elite" from the property-less and property-poor majority in 1788, when the Bourbon dynasty still reigned in France.

Confronted with a national government as stupid, loathed and dangerous as the Republican-led one in Washington right now, citizens and leaders in any reasonable parliamentary democracy today would conclude that the head of state had failed to create a functional governing coalition. They would call quite sensibly for new national elections.

Here in the U.S, however, demanding new elections marks you as a lunatic. The sacred 1788 charter mandates that qualified voters go to the polls to select presidents (well, Electoral College representatives) once every four years, national senators once every six years, and House representatives, once every two years. As George W. Bush's White House spokesperson Dana Perino explained in March of 2008 when asked if the citizenry should have "input" on U.S. foreign policy: "You had your input. The American people have input every four years, and that's the way our system is set up."

Perino was on all-too-strong constitutional ground. Never mind that U.S.-Americans don't select the president by majority popular vote (more on that below) or that the only two viable major-party presidential candidates on offer to We the People once every four years are always both committed to the same corporate and military state most of the populace hates. Forget that that U.S. presidential campaigns usually revolve around candidate-centered differences of image, "character," and branding, not substantive matters of policy.

The fact remains that the Holy Constitution says that the populace gets to vote for a U.S. president in a voting booth for two minutes or so once every 1,460 days. That's your "input," peon. Don't like it? Too bad. Constitution Says! Go live in North Korea!

You can advocate Trump's constitutional impeachment (by the House) and removal (by the Senate). Trump has certainly given Congress grounds for both, but the barriers to removal are very high. The two chambers of Congress, the House and the Senate, are both under the control of the president's nominal party, the Republicans, and the Republicans have been determined to get everything they can from a weakened and stupid Trump when it comes to advancing their radically regressive, racist, eco-cidal and arch-plutocratic agenda.

It takes just a simple majority in House to impeach but two-thirds of the Senate to remove a president. We've had two presidential impeachments (Andrew Johnson and Bill Clinton) in U.S. history but no removals, though the evil nut-job Richard Nixon (who Trump thinks was "framed") would have been both impeached and removed had he not resigned first.

And what would the impeachment and removal of Herr Donald give the nation under the U.S. Constitution but the presidency of arch-right-wing Christian fascist Mike Pence? There's a case to be made for impeaching and removing Trump anyway, but Pence's constitutionally ordained ascendancy is certainly a negative incentive.

Another constitutional path for removal runs through the 25th Amendment, on grounds of incapacitation or incompetence, faces similar problems. But this is a chimera. Under the amendment, Trump's lapdog Veep Pence can join with a majority of the Cabinet to inform Congress that Trump (who Pence has been obsequiously lauding from day one) is unfit for the job. Then Pence becomes "acting president" so long as Trump doesn't object. If Trump insists that he's able to discharge the duties of the office, then Pence and the Cabinet have four days to tell Congress he's wrong. Congress has 21 days to decide whether the president is up the job. If they decide he isn't, two-thirds of both the House and the Senate can vote to make the vice president the president.

Fugghetaboutit. You can read Michael Wolff's Fire and Fury book over and over. Yes, it's full of evidence that the Dotard-in-Chief is widely considered to be a "f*cking moron" (the non-disavowed opinion of Trump's Secretary of State) and abject "idiot" by many if not most of his closest associates. But 25th Amendment removal is not happening, short of a medical emergency (which could happen in light of the president's diet and exercise habits).

Paul Street (www.paulstreet.org and paulstreet99@yahoo.com) is the author of Empire and Inequality: America and the World Since 9/11 (2004), Racial Oppression in the Global Metropolis (2007), Barack Obama and the Future of American Politics (more...)
Related Topic(s): Capitalism; Congress; Constitutionalism; Democratic; Presidency; Republican; Senate, Add Tags
Add to My Group(s)
Go To Commenting
The views expressed herein are the sole responsibility of the author and do not necessarily reflect those of this website or its editors.