As the pandemic spreads and the economic collapse continues, Congress will have to act again. 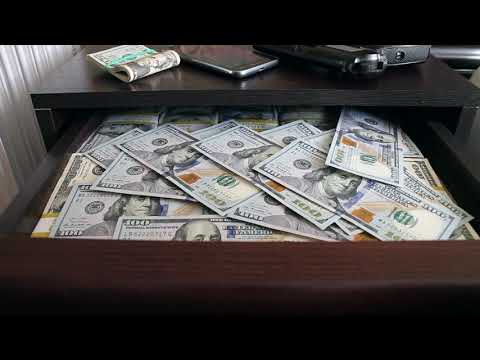 As US deaths from the coronavirus soared past 2,000, and skyrocketing unemployment claims crashed state websites, Congress passed the largest economic emergency package in history. Though absolutely necessary, the legislation is also, as Republican Senator Ben Sasse, inspired by his Vermont colleague Bernie Sanders, put it, "a big crap sandwich." Billed as a $2 trillion package, it will actually shovel some $6 trillion toward countering the economic collapseand that still won't be enough.

It could have been worse. Senate Democrats strengthened unemployment insurance for laid-off workers, covering more of them for longer and adding $600 a week to current state levels. They also targeted funds for hospitals and medical supplies -- bizarrely absent from the Republican draft -- and increased aid to schools, states, and localities.

But don't be fooled. Beyond these appetizers lies a banquet for corporate predators. The bill provides $500 billion as a backstop for the Federal Reserve to pump trillions of dollars into banks and corporations. With that, the latter will pocket over 80 percent of the total package, while workers and families will get about 8 percent. States, localities, hospitals, and schools will be left with even less.

Democrats revolted against giving Treasury Secretary Steven Mnuchin total discretion over the package, creating a special inspector general and an oversight committee (which President Trump later said he'd ignore). Progressives had hoped to use this crisis to impose sensible conditions on corporations. Some weak restrictions on executive pay and layoffs survived, along with token forgiveness of interest on student loans and some mortgage protections. But the provisions for a public equity stake in bailed-out companies came with Mnuchin's authority to waive them.

Corporate predators, however, got a pass. The Fed will flood banks with moneywhich corporations can then use to finance mergers, take over distressed rivals, and lard up on debt. Wall Street can use the crisis to increase concentration, not competition, adding to the country's already obscene inequality.

The Democratic majority in the House failed to pass a bold bill that would have forced the Senate's hand. Instead, while Speaker Nancy Pelosi negotiated backstage with Mnuchin, the House waited for Senate Republicans to unveil their version. Eventually the House offered marker legislation -- a short bill aimed at staking out a position -- too late to have any real impact. Pelosi let Republican senators drive the debate, putting Senate Democrats in the impossible position of delaying help to the American people in order to gain sensible concessions.

But a more aggressive strategy would still have faced formidable obstacles. While the GOP controls the Senate and the White House, Wall Street effectively controls the Fed, which, with its power to create and distribute money, is surely the most powerful institution in a fiscal crisis. The failure of neoliberalism has expanded the alternatives, but market fundamentalism, backed by corporate lobbies, still dominates.

The debate, however, isn't over. As the pandemic and the economic collapse spread, Congress will have to act again. Far greater support for states and localities -- all now headed into crippling budget crises -- is imperative. Extending paid sick leave and funding voting by mail to secure elections are both vital, as are further payments to individuals and continued protection against foreclosures and evictions. House progressives are already working on these elements for the next legislation. This time, Democrats must force the debate.

The public should get equity in return for aid so taxpayers can benefit from the upside of any rescue. Medicare should cover all coronavirus testing and treatment costs -- an obvious step toward Medicare for All. Forgiveness of student loans, provisions for work sharing, and more must be on the table.

Crisis legislation reflects the balance of power. As the crisis deepens, the response must get bolder, making the debate, and the alternatives, clearer.

Related Topic(s): Bailout; Bailout Profiteers; Corona Virus Coronavirus Covid-19; Democrats; Medicare; Neoliberalism; Republican; Senate, Add Tags
Add to My Group(s)
Go To Commenting
The views expressed herein are the sole responsibility of the author and do not necessarily reflect those of this website or its editors.