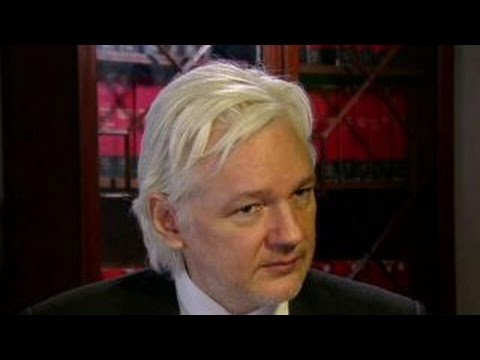 This is a speech I gave yesterday at a demonstration for Assange with the Socialist Equality Party Australia.

Tomorrow in the UK a judge will start the process of answering a very important question. It's a question that many of us knew was the heart of this debate back in 2010, ten years ago, when this all started. It's a question that they have been obfuscating, bloviating, huffily denying, smearing, gaslighting, and distracting from -- basically doing anything they can to hide it from view.

Should journalists and publishers be punished for exposing US war crimes?

And, ancillary to that question: should we allow them to be punished by the very people who committed those war crimes?

Is that something that we want for our world, ongoing? Because our answer to this question is going to shape our society, our civilization, for generations to come.

There is no coming back from this for a very long time should the answer be, "Yes! Yes, it's fine, war criminals should go ahead and punish journalists for publishing true facts about their war crimes."

If we allow the answer to be yes, then the endless stupid wars that everyone wants done with, from Melbourne to Kabul, from Sydney to Syria, right across the world people are done with these stupid wars for profit.

Even the people like us who are very insulated from the effects of war want them over with, let alone the children of Pakistan who fear a sunny day because drones only fly in a blue sky, or the children of Syria whose country is being terrorized by "moderate rebels" armed and funded by the US war machine, or the starving children of Yemen who are being bombed constantly by munitions made in the good ol' US of A.

No one wants war except those who make big bucks from it. It's the most evil thing that humans are capable of. It is murder. It is theft. It is rape. It targets and traumatizes and displaces our planet's most vulnerable populations. It destroys the environment. It leaves behind cancer-causing waste.

It's like as if the worst serial killer is going on the worst killing spree while dumping planet-killing chemicals behind him, but instead of running from the cops, he's been given a trillion-dollar budget and immunity from prosecution.

Julian Assange's case is a nexus point of where to next.

I was thinking on the way over here what I would most like to say to Julian if I had the chance. If I could tell him anything right now it would be, "Rest now, mate. You've done all you can. We've got you. Let us take it from here." Assange acted as a kind of lightning rod for all this bullshit for all those years, and through what they did to him, we saw their true face. We saw their true evil. We know what they are now, and we know how they do it, we've seen enough to know how they operate. And in the end it's never about one man, it's always about the movement. It's our job now to stand up now and say as one "We do not consent," and carry him out of there ourselves if we have to.

Related Topic(s): Assange; Exposing Lies Of The Empire; Journalist Abuse; Persecution; Prosecution; Torture; Wars, Add Tags
Add to My Group(s)
Go To Commenting
The views expressed herein are the sole responsibility of the author and do not necessarily reflect those of this website or its editors.