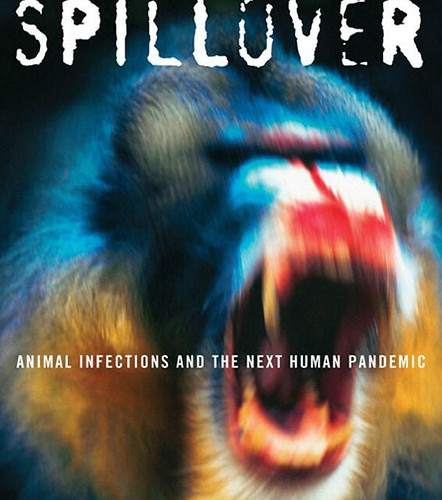 Here are some of my random thoughts this morning, as an amateur virologist. First, I recall an old Army saying that opinions are like (fill in the blank), everybody has one. In other words, just follow orders and shut up. That seems to be appropriate for how most governments told the public to deal with the "novel" corona virus.

Why "novel"? According to an unreliable source, Wikipedia, "Although coronaviruses are endemic in humans and infections normally mild--- novel indicates a new pathogen of a previously known type". The word "novel" was deemed politically correct by the World Health Organization, instead of naming it the "Wuhan flu". I agree with WHO, as for instance, the "Spanish flu" of 1918 is thought to have originated in Kansas. The origin of COVID-19 will be the subject of many conspiracy theories, of which the US government will have the most unreliable one, in my opinion.

It is too early for me to gloat and say "I told you so". I was a skeptic from the beginning, although I did come around to believe that this seasonal flu was more virulent than usual. Still what troubled me the most was how governments and the public were reacting to it. I was more afraid of what they might do, rather than of the virus. As an amateur virologist I remain convinced that the best prevention of the flu is to wash your hands frequently.

What I really want to get off my chest is how disappointed I am with how the US public was so quick to give up their inalienable rights; especially among the left, liberals and progressives. How disappointing? The most vocal opponents of the heavy hand of the government seemed to come from the right and libertarians.

I am particularly impressed with the way the Republican governor of South Dakota, Kristi Noem, stood up for the Bill of Rights, while remaining proactive. Other than that, I don't know much about her, but I plan to. I am looking forward to the future studies of how the states that did not lockdown compare to the ones that did; also countries and others that stayed open.

By extra precautions, I would leave it up to the individuals and institutions (e.g. nursing homes) to decide for themselves what that means. I resented the way that many people took to shaming others just for not follow all government orders; even going so far as to accuse others of murder for not wearing a mask or following social distancing orders.

From what I understood, flattening the curve was mostly not thought to lower the number of eventual cases, but to keep already inadequate medical facilities from being stretched too thin. The operative words being " already inadequate". The U.S. health-business is a disgrace, and U.S. neoliberal imperialism is destroying healthcare worldwide. I consider that to be criminal and murderous. People are dying everyday unnecessarily from lack of basic healthcare, with an emphasis on prevention.

Also, criminal in my opinion was the governments' response to the so-called pandemic. It was insane that the first response was to bailout the banks, and impose de facto medical martial law. It leaves me very suspicious that the motives to the response were to raid the public trough, again. The priority should have been a rapid expansion of health facilities for the current crisis. If the governments are going to declare a medical martial law, then they should also have the responsibility for providing for, and bailing out the people from their basic hardships.

It was also criminal for Congress to take a recess during this crisis. They took a vacation to save their own butts. That is like a captain abandoning a ship full of women and children! If our government representatives think that they are "non-essential" workers, then we need to get new representative. I was particularly offended by the Speaker of the House showing off her industrial supply of chocolate ice-cream. Nor did I think it was kool for AOC to publicize her recipe for margaritas.

Now that there is some light at the end of the tunnel, l hope it is not a train coming. My long comment may prove to be premature. But these are just some of my opinions this morning. Everybody has one; feel free to share yours.

Related Topic(s): Congress; Government; Health; Healthcare; Libertarian; Lockdown; Medical; Murder; Pandemic; Progressives; (more...) Republican, Add Tags  (less...)
Add to My Group(s)
Go To Commenting
The views expressed herein are the sole responsibility of the author and do not necessarily reflect those of this website or its editors.