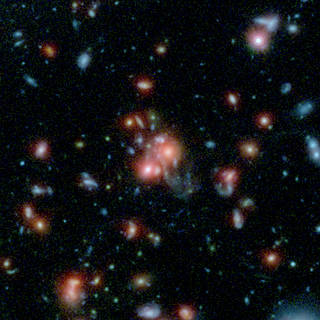 I am amazed to see the work that humans are doing that reflect the best of what we may become. Free from the seven sins colloquially... eventually. Josh's OEN article, "Quantum Physics and The Core of Who We Are", is the inspiration for bringing this article to the attention of the OEN community. If humans were fully engaged in peaceful, environmental and educational endeavors, and of course there are many other qualifiers along this line, instead of the crap that is occurring in Yemen as the metaphor of human evil, we may take our place as an emergent civilization and perhaps get some extra assistance along the way.

The article "For All Times, For All Peoples: How Replacing the Kilogram Empowers Industry", November 27, 2018, By: Jim Olthoff of the National Institutes of Standards Technology, is one example, despite the distraction of article beating its chest that some firms are interested in the "commercialization" of NIST breakthroughs!

I do not believe that empowering industry, especially when we know who "industry" is, are the words or sentiments desired for our evolution. Why would an advanced civilization be interested in commercialization of anything? The Universe is a large space and smaller spaces too. It is our human, star-trek Ferengi-like disposition that looks for profit that formalizes to expense for someone else and the slide into hell, which is our reality on this world. If there is an advanced civ that is into commercialization we had better hope they never find this solar system.

Related Topic(s): Brain, Add Tags
Add to My Group(s)
Go To Commenting
The views expressed herein are the sole responsibility of the author and do not necessarily reflect those of this website or its editors.