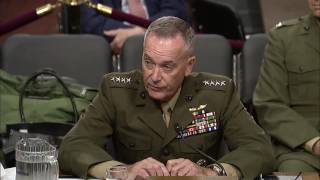 Madness reigns. How else to put it considering the vitriol coming from the west and more specifically the US demonizing Russian President Vladimir Putin and nuclear armed Russia. This is simply insane.

Yet to hear the bluster coming from US Ambassador to the UN Samantha Power [1] or Hillary Clinton calling Putin the "new Hitler", Russia hacking into the Democratic National Committee headquarters-no evidence given- Russia being the aggressor in Ukraine, "usurping" Crimea, responsible for shooting down the Malaysian airliner over eastern Ukraine and now threatening to invade the Baltic states are all unfounded accusations, false allegations, even absurdities yet mouthed by the aforementioned US "officials" as if they are truths, then regurgitated by the complicit corporate MSM onto a US public that sees and hears this constant drumbeat of vitriol aimed at preparing them for a war with Russia.

Only through alternative media with the likes of investigative reporters such as Robert Parry whose latest, "Do We Really Want Nuclear War with Russia?" [2] cuts through the fog of "official" misinformation to get to the core of what's going on.

It seems unfathomable to consider how ruthless "official" Washington will go to attain hegemony over the world including Russia and China two countries capable of annihilating the US in a retaliatory nuclear strike.

Other than the Cuban missile crisis in 1962 the US has not directly confronted and provoked a nuclear armed Russia and China until now.

That's because MAD, mutually assured destruction was the reality during the cold war with the USSR.

Since the demise of the Soviet Union in 1991 NATO-with the US the principal driver-has moved eastward to the doorstep of Russia's borders betraying the verbal agreement between Bush Sr. and Soviet Premier Mikhail Gorbachev that with the reunification of Germany NATO would not move "one inch eastward" toward the Soviet Union.

With this broken pledge, first by Bill Clinton in the 90's, "Dubya" Bush and now Barack Obama, NATO has moved to the doorstep of Russia, in the Baltic's, Poland, Romania, Bulgaria and verbalized the intention to add Georgia and Ukraine.

Meanwhile China is provoked by the US "pivot to Asia", now with the US Naval presence in the South China Sea under the guise of "freedom of navigation"-something that China has never interfered with-in an area of Chinese domestic influence. But not only China also the Philippines, Viet Nam, Malaysia and Brunei where regional disputes have historically been dealt with diplomatically and resolved peaceably between the neighbors.

That is until US Naval "gunboat diplomacy" arrived on the scene, and the US established treaties with China's neighbors for "protection" against China, now cast as a belligerent in the South China Sea. Yet the US that has no national security interests in the area; just exerting imperial overreach and attempted hegemony over China.

Think about it...if a country is surrounded geographically and provoked by adversaries on its border, Russia, and another country, China, is provoked needlessly in its own domestic area of influence, it doesn't take much imagination to realize both Russia and China are in the crosshairs of US belligerence aimed directly at them. So they do what any country would do under the circumstances, prepare to defend themselves.

And they have with advanced missile and nuclear arms capability that could annihilate the US in a retaliatory strike if they're attacked.

So when there's been loose talk of using "tactical" nuclear weapons or "winning" a nuclear war or more recently US Marine General Joe Dunford saying "We are on the brink of war with Russia" who along with US Secretary of Defense Ashton Carter before the Senate Armed Services Committee last week calling for a no-fly zone in Syria except for US war planes-which Russia will never agree to-where does the US insanity begin and end?

Retired. The author of "DECEIT AND EXCESS IN AMERICA, HOW THE MONEYED INTERESTS HAVE STOLEN AMERICA AND HOW WE CAN GET IT BACK", Authorhouse, 2009
Related Topic(s): Demonizing; Hegemony; NATO; Putin; Syria, Add Tags
Add to My Group(s)
Go To Commenting
The views expressed herein are the sole responsibility of the author and do not necessarily reflect those of this website or its editors.