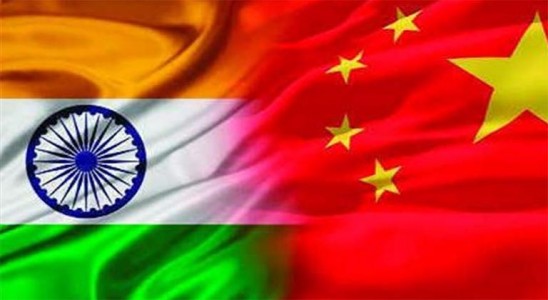 While the media diverted some attention away from reporting on the Black Lives Matter protests and the spike in coronavirus cases to focus on Donald Trump's underwhelming Tulsa, Okla. rally on Saturday, two nuclear superpowers on the other side of world were stepping closer to war for the first time in half a century.

Last week, at least 20 Indian soldiers were killed in a Himalayan border dispute after China's People's Liberation Army (PLA) reportedly dishonored a disengagement agreement to retreat from the Galwan Valley and ambushed Indian forces in what India has characterized as a "premeditated and planned action."

Tensions have been escalating for two months after China deployed thousands of soldiers, artillery, and military vehicles to the disputed border between the two countries known as the "Line of Actual Control (LAC)."

Officials from both sides met and agreed on June 13 to retreat two kilometers.

Instead, Indian officials assert, Chinese troops erected a tent in the region, which India's 16 Bihar Regiment then supposedly took down.

According to the newspaper The Hindu, PLA forces struck in hand-to-hand combat when those Indian regiments confronted Chinese forces over their refusal to honor the agreement. Some combatants tumbled off the mountainside to their deaths.

"This appears to be a far more concerted push on China's part to change the status quo. The Chinese military has been hardening its position in multiple locations, not simply conducting patrols across the LAC but building infrastructure and maintaining an ongoing presence."

"If 20 were martyred on our (Indian) side, then there would have been at least double the casualties on their (China) side."

China has also been experiencing tensions with Australia and Canada.

Taylor Fravel, director of the security studies at the Massachusetts Institute of Technology (MIT), commented:

"Because of Covid and the criticism China faced internationally, the economic crisis at home, and the concomitant deterioration of China-US relations, [Beijing] has taken a tough stance on a number of sovereignty issues as a way of signalling that China will not be cowed."

Related Topic(s): Agreement; China; Combat; India; Military; Nuclear, Add Tags
Add to My Group(s)
Go To Commenting
The views expressed herein are the sole responsibility of the author and do not necessarily reflect those of this website or its editors.