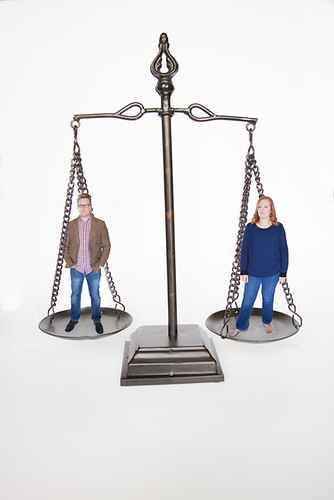 I don't think anything is going to change my values now. I've come to have faith in them after seventy-seven years of life. I feel quite comfortable and at home with myself in my final years because of those values.

Today, we're having a values crisis in the United States. And the deeper we go into that crisis state, the more I'm convinced they are irreconcilable. Compromise seems to have gone and the only thing left is one side overpowering the other.

Our two party, simple majority wins system doesn't concern itself with minority interests. Our historical pendulum swings from one party in power to the other party in power simply insure pay back every six to eight years when the opposite party takes over.

In the meantime, the voters are left to wonder who is really interested in fixing problems, while each party pulls the next trick of their bag to regain power to promote their agenda. Eventually, this has led to diminishment, if not complete abandonment, of the peoples' concerns in favor of the party's needs to gain and hold power.

I don't see the light at the end of this tunnel unless we build compromise that allows true balance in representation back into the system. Given that we are also divided into two echo chambers of propaganda machinery even a system that demands compromise will never take. This propaganda machine has been so effective that we now live in two different universes. And in these universes, compromise looks like a complete sell-out.

Which leads me to the only solution I can see from here. We need to divorce and become two nations on the same continent. It's a draconian step, I know. But the seeds of this values collision were planted long ago. The Civil War was a lasting reminder that took over a half million lives and didn't change anyone's values in any significant way.

One can almost partition the blue and red states of the country into the lines of the Union and the Confederacy. Looking back over the years since the end of the Civil War it looks like a cease fire. This suggests to me that it never really ended and values didn't change in any significant way.

The money, lives and time lost in the governmental paralysis in this country are incalculable. Presidential campaigns are now billion dollar processes that last 18 months on average. This has invited moneyed interests to take even more power than they have had historically and our representative democracy has turned into a plutonomy guaranteed by the highest court in the land.

The changing demographics in the United States will not suddenly stop. We are a pluriform society and will become even more so in the next few decades. If we are to survive in this competitive world, we need to focus the energy and attention we've been wasting arguing with each other. Separate nations, each with its own common values will be able to focus and function more efficiently.

It's important to remember here that regardless of the size of our military, we're barely five percent of the world's population. The other 95 percent can get along very well without us. And they are starting to do exactly that while we fuss with each other about whose values are better.

Two separate nations would free us all to create the kinds of societies we want to live in. Not an easy thing I'm sure, but better than a slow descendance into a third world status for the majority while the mega-wealthy retreat to domestic gated enclaves and vacation homes abroad.

Related Topic(s): Balance; Compromise; Crisis; Democracy; Majority; People; Propaganda; Representation; Way, Add Tags
Add to My Group(s)
Go To Commenting
The views expressed herein are the sole responsibility of the author and do not necessarily reflect those of this website or its editors.