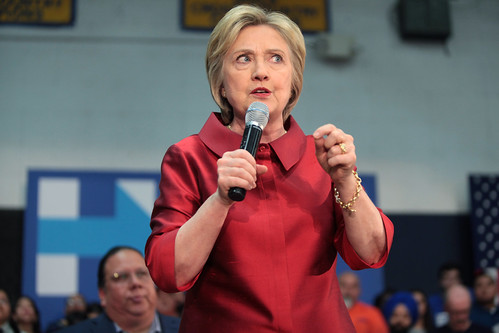 In the winter of 1941, a Jewish gravedigger from Chelmo, the western province of Poland, appeared in Warsaw and desperately sought a meeting with Jewish leaders.

He told them the Nazis were rounding up Jews, including the old, women and children, and forcing them into what looked like tightly sealed buses. The buses had the exhaust pipes redirected into the cabins. The Jews were killed with carbon monoxide. He had helped dig the mass graves for thousands of corpses until he escaped.

On the way to Warsaw, he had gone from village to village, frantically warning the Jews. Scores of Jews, in the villages and ultimately in Warsaw, heard his testimony of horror and dismissed it.

A handful of listeners, however, including Zivia Lubetkin, who two years later would help lead the uprising by 500 armed Jewish fighters in the Warsaw Ghetto, instantly understood the ultimate aims of the Nazi state.

"I don't know how we intuitively shared the same horrible conviction that the total annihilation of all the Jewish communities in Nazi-occupied Europe was at hand," she wrote in her memoir, "In the Days of Destruction and Revolt."

She and a handful of young activists started planning a revolt. From that moment forward, they existed in a parallel reality.

"We walked along the overcrowded streets of the Warsaw Ghetto, hundreds of thousands of people pushing and rushing about in fright, antagonistic and tense, living the illusion that they were fighting for their lives, their meager livelihood, but, in reality, when you closed your eyes you could see that they were all dead ..."

The established Jewish leadership warned the resistance fighters to desist, telling them to work within the parameters set by the Nazi occupiers. The faces of the established Jewish leaders, when they were informed of the plans to fight back, she wrote, "grew pale, either from sudden fear or from anger at our audacity. They were furious. They reproached us for irresponsibly sowing the seeds of despair and confusion among the people, for our impertinence in even thinking of armed resistance."

The greatest problem the underground movement faced, she wrote, was "the false hope, the great illusion." The movement's primary task was to destroy these illusions. Only when the truth was known would widespread resistance be possible.

The aims of the corporate state are, given the looming collapse of the ecosystem, as deadly, maybe more so, as the acts of mass genocide carried out by the Nazis and Stalin's Soviet Union.

The reach and effectiveness of corporate propaganda dwarfs even the huge effort undertaken by Adolf Hitler and Stalin. The layers of deception are sophisticated and effective. News is state propaganda. Elaborate spectacles and forms of entertainment, all of which ignore reality or pretend the fiction of liberty and progress is real, distract the masses.

Education is indoctrination. Ersatz intellectuals, along with technocrats and specialists, who are obedient to neoliberal and imperial state doctrine, use their academic credentials and erudition to deceive the public.

The promises made by the corporate state and its political leaders -- we will restore your jobs, we will protect your privacy and civil liberties, we will rebuild the nation's infrastructure, we will save the environment, we will prevent you from being exploited by banks and predatory corporations, we will make you safe, we will provide a future for your children -- are the opposite of reality.

The loss of privacy, the constant monitoring of the citizenry, the use of militarized police to carry out indiscriminate acts of lethal violence -- a daily reality in marginal communities -- and the relentless drive to plunge as much as two-thirds of the country into poverty to enrich a tiny corporate elite, along with the psychosis of permanent war, presage a dystopia that will be as severe as the totalitarian systems that sent tens of millions to their deaths during the reigns of fascism and communism.

There is no more will to reform, or to accommodate the needs and rights of the citizens by the corporate state, than there was to accommodate the needs and rights of Jews in Nazi-occupied Poland. But until the last moment, this reality will be hidden behind the empty rhetoric of democracy and reform. Repressive regimes gradually institute harsher and harsher forms of control while denying their intentions. By the time a captive population grasps what is happening, it is too late.

Related Topic(s): Corporate; Powers That Be; Propaganda, Add Tags
Add to My Group(s)
Go To Commenting
The views expressed herein are the sole responsibility of the author and do not necessarily reflect those of this website or its editors.