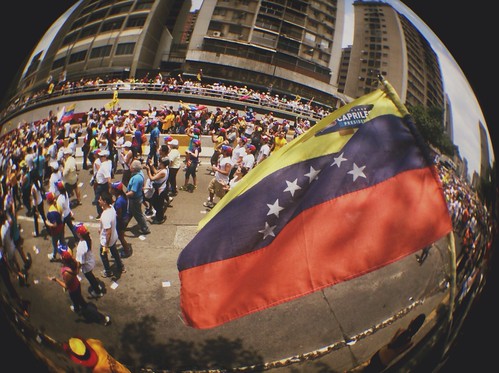 Joe Biden is wasting no time distinguishing himself from Donald Trump.

While he has the potential to become "the most progressive president since FDR," as Bernie Sanders insisted, and while we have a duty to push him further left lest we risk another fascist Republican marching into the White House in four years, we must also keep in the back of our minds Biden's neo-liberal, often center-right legislative past.

Despite spending his first three days in office signing a raft of executive orders that sets him apart from his predecessor, there is one area in which some are concerned Biden bears little difference from Trump.

After a botched U.S.-backed coup attempt in 2019 intending to supplant the re-elected Maduro with Guaidó, Donald Trump, during last year's State of the Union address, hailed Guaido as the "true and legitimate president of Venezuela."

Blinken stated the Biden administration would seek to "more effectively target" Venezuela with economic sanctions some are characterizing as crippling "economic terrorism" against the oil-rich South American country's poor and working-class, of which the Center for Economic and Policy Research reports is responsible for 40,000 deaths.

Blinken did, however, offer up "more humanitarian assistance to the country."

"We need an effective policy that can restore Venezuela to democracy, starting with free and fair elections."

This is ironic since Guaidó, the leader of Venezuela's opposition-held National Assembly, was not elected, as Maduro was.

Guaidó's claim to the presidency is like Sen. Minority Leader Mitch McConnell one day just standing up and declaring himself President of the United States.

We don't have to support either Venezuelan president Nicolas Maduro or Juan Guaido.

Both can be equally odious.

Our decision to insinuate ourselves on Guaido's side, however, has nothing to do with "overthrowing Socialism" or "bringing democracy."

As is does with Middle Eastern countries, it has a lot to do with oil.

Related Topic(s): Biden Appointments; Coup; Imperialism; Joe Biden; Sanctions; Trump; Venezuela; Venezuela Coup; Venezuelan Coup, Add Tags
Add to My Group(s)
Go To Commenting
The views expressed herein are the sole responsibility of the author and do not necessarily reflect those of this website or its editors.