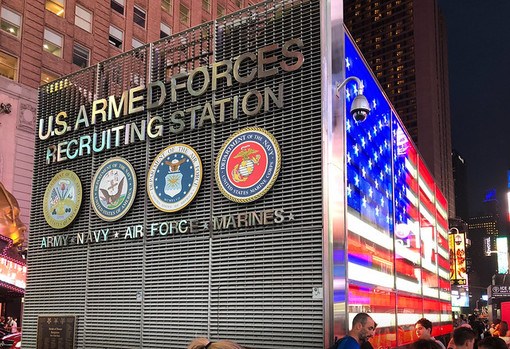 Never underestimate the power of the United States' American Exeptionalist and imperial doctrine. Look at the recent Washington Post revelation regarding wannabe fascist strongman Donald Trump's meeting with Russian ambassador Sergey Lavrov in the White House in 2017. Trump told Lavrov and another high-ranking Russian official that he wasn't concerned about Russia meddling in the 2016 U.S. presidential election because the United States does the same thing in other countries.

The revelation came days after the world learned that Trump used the threat to withhold U.S. military assistance to bully Ukraine's president into helping the Trump 2020 campaign find dirt on Democratic Party presidential candidate Joe Biden. It was in fact sparked by UkraineGate since the Ukraine scandal brought attention to how the White House has been hiding transcripts of Trump's degenerate discussions with foreign leaders.

Notice which part of the Trump-Lavrov story became an instant media-politics bombshell and which part did not. The media and the Democrats naturally seized on Trump's stated indifference toward Russian interference in the United States' so-called democracy. The other (and accurate) thing that Trump told Lavrov that the U.S. habitually messes with elections and politics in other countries just as naturally did not garner attention. It is a complete non-story.

Still, it is a remarkable thing for the public to learn that a U.S. president almost off-handedly told some top Russian officials visiting the White House that "hey, the U.S. interferes around the world all the time."

Why was the second part of Trump's comment to Lavrov considered unworthy of attention? What's that all about? It isn't just that reporters know that Trump regularly says false and nonsensical things or that the media and politics culture is zeroed in on impeachment-worthy evidence of Trump's willingness to garner information from foreign governments for use against his political enemies at home.

Also relevant is the simple fact that admitting America's "interference" (to put it mildly!) abroad does not fit well with the doctrinal notion that the United States is a global beacon and agent of democracy. It's a very poor match for the nation's grandiose sense of itself as a positive force on the global stage. At the same time, reigning American Exceptionalist ideology produces reflexive, silence-inducing dismissal of critical references to America's intrusion into other nations' internal affairs: if and when we intrude, it can only be for unavoidable and noble reasons since, as Bill Clinton's former Secretary of State once said, "We are good. The United States tries to do its best everywhere." (That's the same Secretary of State who went on CBS in 1996 to tell the world that the murder of half a million Iraqi children by U.S.-led economic sanctions was a "price worth paying" for the advance of U.S. foreign policy goals in the Middle East.)

A related thread in the doctrinal American story-line that shapes the dominant media-politics culture's treatment of Ukraine-gate is the notion that U.S. foreign affairs, properly conducted, are about the advance and protection of the U.S. "national interest." What is most terrible about Trump's extortionist phone call with the Ukrainian president as far as leading U.S. politicos, pundits, and commentators are concerned is not that Trump was bullying another country. The United States has long pushed other countries and their heads of state around with sheer impunity! "What we say goes," U.S. president George H.W. Bush exclaimed in the wake of the United States' savage assault (including the aerial incineration of thousands of fully surrendered troops on the infamous "Highway of Death") on Iraq in early 1991. "Do what we say," the Mafia-like message goes, "or pay the price!"

This has always been richly bipartisan, practiced by Democrats no less than by Republicans. Obama's savage destruction of Libya is a case in point. So is his and Hillary Clinton's support for the right-wing coup -- the removed Honduras' democratically elected president Manuel Zelaya in the spring of 2009.

In January of 2018, Joe Biden bragged to the Council on Foreign Relations that as U.S. Vice President he held up a $1 billion loan to Ukraine until it agreed to fire a prosecutor that Europeans, the International Monetary Fund, and Washington deemed corrupt that is, contrary to neoliberal interests.

Trump isn't in trouble for bullying Ukraine. America intimidates and pressures weaker nations all the time. Trump is in hot water because he got caught by an intelligence whistleblower injecting his selfish political interests into the imperial coercion. Bribery and extortion, standard U.S. weapons of imperial policy, are not supposed to be used for shameless political self-promotion and the cultivation of foreign influence in U.S. elections. U.S. foreign policy is supposed to be the perceived interests of the whole American ruling class, understood as "the national interest," not the immediate political self-interest of one man who would like to be a king.

What is the grand "national interest" that reigning U.S. political, intellectual, and media cite like some holy incantation? The great and prolific American historian Charles Beard was run out of U.S. public-intellectual life for having the audacity to observe in the 1930s and 1940s (in numerous books including The Idea of the National Interest [1934], The Open Door at Home [1934], The Devil Theory of War[1936], Giddy Minds and Foreign Quarrels[1939], and American Foreign Policy in the Making [1946]) that U.S. foreign policy was being run by a ruling class elite that had falsely identified American "national interest" with global Empire. Empire, Beard argued, worked against the interests of most U.S. citizens by hitching economic growth to the profit-lust of those atop what would come to be known as the military-industrial-complex and by enmeshing the United States in what Beard called (anticipating Orwell) "perpetual wars for perpetual peace."

In the wake of Beard's warnings and observations, the Pax Americana bloomed, spreading U.S. power across vast stretches of the planet. The United States has been enmeshed ever since in an endless series of wars, interventions, and conflicts, few if any of which have ever had the slightest thing to do with the United States' "national security." Quite the opposite: the American Empire replete now with more than 800 bases spread across more than 100 "sovereign" nations has put ordinary Americans at risk at home and abroad while distributing wealth and power upward. The costs of this empire have been born by society at large. The benefits, including the massive transfer of taxpayer money away from meeting domestic social needs to the provision of giant public subsidies for high-tech corporations like Raytheon and Lockheed Martin and the granting of global military protection to multinational U.S. corporations and investors have reverted to the wealth Few and their political and military agents and allies.

The bloated military-Keynesian Pentagon System has bankrupted social programs, feeding savage domestic socioeconomic disparity while fueling the deadly militarization of society. It has hitched American "prosperity" to a permanent war economy that is helping drive the world over an ecological cliff while constantly developing new super-weapons capable of decimating the world many times over.

Paul Street (www.paulstreet.org and paulstreet99@yahoo.com) is the author of Empire and Inequality: America and the World Since 9/11 (2004), Racial Oppression in the Global Metropolis (2007), Barack Obama and the Future of American Politics (more...)
Related Topic(s): America; Bullying; Crime; Empire State; Imperialism; Trump Attacks Joe Biden; Trump Impeachment; Trump Tyrant; Whistleblower, Add Tags
Add to My Group(s)
Go To Commenting
The views expressed herein are the sole responsibility of the author and do not necessarily reflect those of this website or its editors.