By Dean Baker and *Jared Bernstein 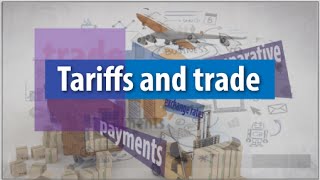 Tariffs of 25 percent and 10 percent on all steel and aluminum imports, respectively, are, as has been widely reported, likely to do more harm than good. They may help protect the minority of workers in the targeted industries, but at some cost to the majority in others.

The costs of the tariffs themselves may hardly be noticeable to consumers. Journalist Neil Irwin is correct when he reports that Sen. Mike Lee's claim that the tariffs constitute a "huge job-killing tax hike on American consumers" is true "in terms of direction" but misleading "in terms of magnitude."

The bigger dangers to our economy are twofold. One, that our trading partners will retaliate by taxing our exports to them, thus hurting a broad swath of our exporting industries, and two, by leading an emboldened, reckless Trump administration to enact more bad trade policy.

It is here that the outcry against these tariffs, while sensible in the ways just noted, is woefully incomplete. Nobody seems to have any ideas about what better trade policy would look like. There's a huge status quo bias implicit in virtually every critical take we've seen, as if the genie that President Trump let out of the bottle -- globalization creates losers as well as winners, and those losers can be a potent political force -- has evaporated into the ether. Such denial helped elevate Trump in the first place.

It is thus clearly insufficient to yell "higher prices!" or even "trade war!" and call it a day. Critics of the tariffs need to tell us what they think better, more inclusive trade policy looks like. Here are some of our ideas.

Use the benefits of trade to help those hurt by it. Trade boosts growth and thus raises gross domestic product and tax revenue. Yet, our politics and tax policies have blocked fiscal policies that could help those whose jobs, earnings and communities have been hit by foreign competition. Such policies include sectoral employment training (training workers for existing or future jobs in their communities), apprenticeships (earn while you learn) and, perhaps most important, direct job creation. Regarding the latter, even as we close in on full employment, we know there are parts of the country that have too few gainful opportunities. To address this labor market failure, a movement is building for job creation policies that include subsidizing employers to hire those left behind as well as directly creating decent quality jobs.

Stop protecting professionals and patents. Over the past four decades, we have designed a trade policy that removes virtually all barriers to trade in goods. Although this has the benefit of allowing us to get imported goods at lower prices (while also putting downward pressure on the wages of U.S. workers who produce these goods), we have not made the same effort to remove protectionist barriers in other areas.

Another important area where the country would gain enormously from trade liberalization is reducing the importance of government-granted patent and copyright monopolies. Yet, trade policy over the past four decades has made these monopolies longer and stronger, and sought to apply them worldwide.

The amount at stake is enormous. Many drugs that sell for tens of thousands or even hundreds of thousands of dollars at their protected price would cost just a few hundred dollars at their free-market price. In the case of prescription drugs, we will spend more than $450 billion this year on drugs that would almost certainly cost less than $80 billion in a free market. The difference of $370 billion is more than 30 times the amount that is at stake with the steel tariffs.

The potential gains from removing barriers to trade in professional services and patents are thus both economically large, and, unlike much past trade liberalization, inequality reducing. How rich would Bill Gates be if there were no copyrights or patents on Microsoft software so that everyone could copy them at no cost? The usual counterargument is that these protections are needed to boost innovation, but there are alternative approaches that are much more efficient and far less inequitable.

Currency management and capital flows: It is widely recognized that some countries game the trading system, not by dumping metals below cost onto global markets, but by suppressing the value of their currencies, making our exports to them more expensive and their imports to us, cheaper. These nations run large trade surpluses that they use to finance large purchases of U.S. currencies and assets, generating capital flows that pump up both the dollar and our trade deficit. Tariffs will not help in this regard (Paul Krugman of the New York Times worries that given current conditions, they could strengthen the dollar). One pushback idea is Joseph E. Gagnon and C. Fred Bergsten's "countervailing currency intervention" plan, wherein the United States makes it clear that we will "offset the effects of currency manipulation through equal purchases of the intervening country's currency."

There's a lot more to bring to this table (e.g., see these "new rules of the road" for much more inclusive trade deals). We recognize that no one in the Trump administration is sitting at that table right now, and in this regard, "do less harm" is a perfectly legitimate rationale for opposing their reckless trade policies. But for economic and political reasons, our energies must not be devoted to solely opposing bad trade policies. We must start building the case for much better ones.

*Jared Bernstein, a former chief economist to Vice President Joe Biden, is a senior fellow at the Center on Budget and Policy Priorities and author of "The Reconnection Agenda: Reuniting Growth and Prosperity."

Dr. Dean Baker is a macroeconomist and Co-Director of the Center for Economic and Policy Research in Washington, D.C. He previously worked as a senior economist at the Economic Policy Institute and an assistant professor at Bucknell University. (more...)
Related Topic(s): Imports; Tariffs; Trade; Workers, Add Tags
Add to My Group(s)
Go To Commenting
The views expressed herein are the sole responsibility of the author and do not necessarily reflect those of this website or its editors.