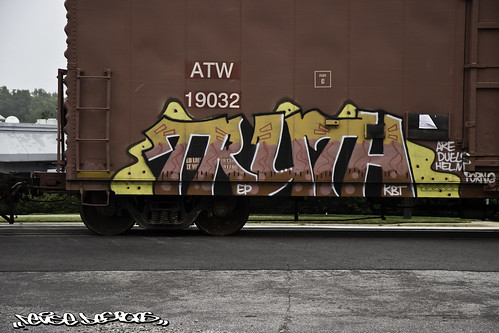 "The most effective way to destroy people is to deny and obliterate their own understanding of their history." George Orwell

In America today it is difficult to tell the truth without being accused of a variety of sins and marginalized. When speaking truth is no longer effective, there is no purpose in speaking it. This is the reason truth-tellers are being marginalized. It is a way of shutting down truth, which, of course, makes it easy for the ruling oligarchs to control explanations in order to achieve their agendas.

Identity Politics is hate-based. It is no different from Marxist class war. It would be naive to expect any different outcome than Lenin's class war that exterminated many. The lesson of history is that whoever is demonized is dispossessed or killed. It is the human way. When hatred is unleashed, it runs its course.

Thinking about my recent columns about the prospect of white genocide, the hatred of white people that has shown its ugly head is actually volcanic. How else to explain the national eruption of hate speech by the media, websites, Democratic Party, and universities against President Trump and white people the minute the El Paso shooting was reported? There wasn't any disagreement except Tucker Carlson, and he was sent on "vacation" for saying that white supremacy is a hoax.

White supremacy is a hoax. Why was the hoax created if not to be used to demonize white people? If people, including many whites, were not believers in this hoax, how could Carranza, the Mexican-American who heads the New York City school system, use the public school system to conduct a campaign against "toxic white supremacy culture." Here we have the use of public money to cleanse America of "white toxic culture." So how are whites supreme when "white values" are being cleansed out of the culture?

Why is the NY Times committing itself not to better news reporting after the Russiagate fiasco, but to "reframing" America as a racist country beginning in 1619? To intelligent people, this sounds silly. But to the New York Times this is real. The executive editor of the NY Times sees it as the Times' duty to demonize Americans of British and European descent and to misrepresent them as racists who built a country on slavery.

What the NY Times should be writing about is the creation of hate in America and its own contribution to the creation of racial and gender hate that divides the American people. Why is the New York Times preaching hate? Why is the New York Times a propagandist for hate-preaching Identity Politics, the ideology of the Democratic Party and the liberal/progressive/left, when it is supposed to be a newspaper?

Different peoples can live peacefully together as Jews, Christian, and Muslims did in some parts of the Middle East until the Israeli Zionists radicalized the Arabs. When extremists and trouble-makers arrive on the scene everything changes. South African whites and blacks were more or less co-existing under black rule until a second black party appeared and fought for power by advocating more punitive measures against the white population.

As time passed, whites and blacks began building workable relationships, white bitterness had faded, and the races were more or less getting along until the holier-than-thou northern liberals arrived preaching hatred in the 1950s and early 1960s and bringing another Reconstruction.

Parents in the South with school children experienced forced school desegregation as a Second Reconstruction. Suddenly kids who could walk to school in 10 minutes were being bused for hours into unknown neighborhoods so that black kids could go to school with white kids. The Northern liberals' idea that blacks could only succeed by being associated with whites always sounded very racist to me. Regardless, the result was the destruction of public school education. Homogeneous class rooms filled by students of roughly the same motivation and values were replaced with towers of babel full of different classes, races, motivations, and values. Standards had to be lowered to accommodate such an uneven mix. Teachers lost control of classrooms. Parent-Teacher-Associations ceased to function as schools became distant from home. This destroyed the cooperation between parents and teachers and they became enemies instead of allies. Discipline broke down and police became a fixture in public schools. The many differences in students intensified bullying and fomented racial antagonism. Kids lost free time to long bus rides.

When I look at public education today compared to the one I got, there is no resemblance. We were taught to think for ourselves and that a free country required free minds. Today a free mind is the last thing a public school permits.

Related Topic(s): Demonization; Government; Racism; Schools; Segregation, Add Tags
Add to My Group(s)
Go To Commenting
The views expressed herein are the sole responsibility of the author and do not necessarily reflect those of this website or its editors.