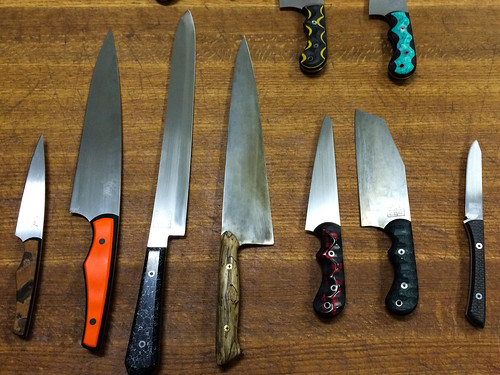 A professor of American history, being apparently of the liberal persuasion, surprised his colleagues by predicting the election victory of Donald Trump. Since he was one of only a handful of experts to make such an accurate forecast, attention must be paid to his subsequent prediction that Trump would be impeached. Was the professor making amends now and trying to regain his status among his colleagues, or is his intuition again seeing something that others do not see?

The idea that President Trump will be impeached seems at this time far fetched. We are all victims, however, of the tendency to think that what obtains now is bound to continue, with slight if any modifications. That is why we are frequently surprised when the unexpected erupts, as oft it does. At this juncture, with Trump inaugurated and with the conservative control of Congress and, soon, of the SCOTUS, the government--executive and legislative--is focused on beginning to dismantle the welfare state begun 84 years ago.

But we do know that beneath the surface consensus lie potentially deep divisions, stronger than those seen in other incoming governments. Coalitions formed by those out of power sometimes come apart once in power, when each faction is eager to push its agenda after having briefly shelved it for the sake of victory. The alliance of Trump (who some consider to be a third party all by himself) and the establishment Republicans who had bitterly opposed him is notably fragile.

Impeachment is a legal procedure involving the two legislatures, but it is also marinated in psychology and politics. The operative phrase here, as in actually all politics, is cui bono? Who gains by it? When Clinton was impeached in 1998-9, a small minority of Republican Congressmen opposed the procedure because they felt that Clinton's sins were venial and that the party was seen as vindictive. There were a few political operatives, moreover, who warned about the danger of the party gaining what it wished for. If the impeachment were successful, Vice President Gore would become president. He would then run for re-election in 2000 as an incumbent rather than as an outsider. He would have all the powers of the presidency to reward and punish that he would lack as a non-incumbent candidate. With such powers at his disposal, he would, by separating himself from the disgraced Clinton and celebrating the years of prosperity and peace, make a good case for continuation. He would thus be in a better position than if he ran, as he eventually did, as an outsider.

What then is the cui bono? in an impeachment proceeding in the near future ? The answer is that the Republicans have no great devotion to Trump. Many regard him with suspicion as a crypto-Democrat who had donated money to the Clintons. His talk of not touching Social Security, Medicare, and Medicaid flatly contradicts their mission. Infrastructure spending and ending the carried-interest tax break are not goals of theirs. Nor is he reliable on social issues. The man who spoke of not needing to repent, of two Corinthians, and who surrounded himself with ministers from the religious right in a scene clearly stolen from Richard III was deeply suspect. Principled conservatives never warned up to someone whose stated convictions, such as they are, are fluid and self contradictory. Nor are their prospects improved in dealing with a president who perpetrates daily atrocities on the truth.

Markedly different is the situation with V. P. Mike Pence. He is an earnest, reliable, deep-dyed conservative. He has long been known and liked by all the party conservatives. He presents none of the paradoxes, confusions, and lies of Trump. The city slicker from elitist New York City, with its hoity-toity toffs, would be replaced by a devout Midwestern Christian. With wheat stalks in his ears, with a boy-scout demeanor, with God, guns, pro-life, and anti-gay credentials, he radiates putative Midwestern integrity and innocence. He is a solid, hard conservative, without the immaturity of Rubio, the untrustworthiness of Cruz, the passing moderate moments of Kasich, the self destructiveness of Christie, and the wackiness of Carson and Perry. Pence is as reliable a conservative politician as they could wish for, a choice they were not offered in the primaries. Swapping Trump for Pence is like trading a .200 hitter who sometimes hits huuuuge home runs but cannot run the bases or field the balls--for a .350 hitter with 30 home runs, 125 RBIs, and a Golden Glove award.

Under normal circumstances, the prospect that this Republican Congress would turn on the President is remote. But no one needs a reminder that the period from 2015 down to today has been anything but normal. Nor do the Republicans have any desire as yet to go through the messy process of ridding themselves of this albatross who was not of their choosing. But with his massive conflicts of interests and his unpopular bromance with Putin, they may feel that they have nothing to lose if they go through with the process. They would trade in a kahuna they cannot fathom or trust, for one who is transparent, consistent, and a soul mate of theirs. What all this means is that, setting aside Trump's many vulnerabilities that expose him to censure or impeachment, there is a powerful reason to ditch this person who radiates toxicity and who won only because the 60% of primary voters who disliked him never could gather around one person to stop him. Hence they have much more reason to impeach than did most of the earlier Congresses.

So, watch your back, President Trump; it's not the Democrats but the Republicans you have to worry about. And beware of the Ideas of March!

For 51 years Professor of English at Yeshiva University. Author of 13 books and over a hundred essays.
Related Topic(s): Coalitions; Congress; Conservatives; Democrats; Government; Impeachment; Legislative; Politics; President Bill Clinton; President Trump; (more...) Presidential Candidates; Primaries; Republican; Truth; Welfare, Add Tags  (less...)
Add to My Group(s)
Go To Commenting
The views expressed herein are the sole responsibility of the author and do not necessarily reflect those of this website or its editors.