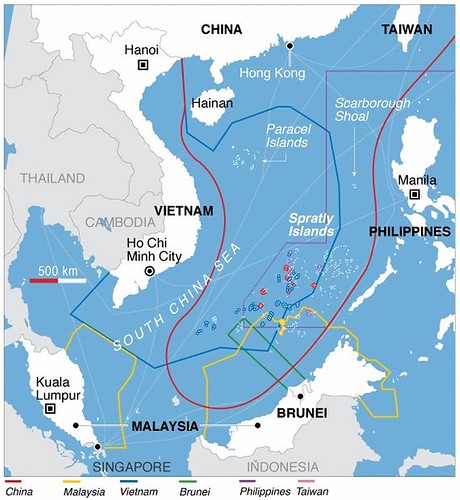 A Washington Post oped headlined: "Alex Azar's trip to Taiwan is about refusing to appease China". This weekend Health Secretary Azar is the highest ranking US government official to visit the island territory since Washington first adopted its One China policy four decades ago.

Azar, a senior cabinet member in the Trump administration, is scheduled to meet Taiwan's president Tsai Ing-wen in the capital Taipei. The visit has sparked fury in Beijing which views Taiwan as a renegade territory under China's sovereignty.

The island formerly known as Formosa became the redoubt for nationalist forces led by Chiang Kai-shek after historic defeat to Mao Zedong and the Communist People's Liberation Army in 1949. Taiwan's avowed separatism has always provoked China's sovereignty claims. Beijing reserves the right to take the island its under control by force, if necessary.

In 1979, Washington broke off formal relations with Taiwan and adopted a so-called One China policy. Nevertheless, successive US governments have maintained informal relations and in particular arms deals with the Taiwanese self-proclaimed independent state. Those tacit bilateral relations have been a constant irritant to Beijing which views Washington's conduct as undermining its sovereignty. In much the same that Washington and London have recently used Hong Kong as a Trojan Horse issue to penetrate Beijing's authority.

Now Washington has gone one step further towards dangerous provocation of China. Beijing has called on the Trump administration to "stop erroneous words and deeds" and "avoid dangerous moves that may escalate the situation". The visit by Secretary Azar is seen as a blatant challenge to China's sovereignty.

China's Global Times warned the "danger of military conflict will increase" making "war inevitable" if the US continues to ignore Beijing's vital interests.

Azar's trip is ostensibly related to the coronavirus pandemic and coordinating health policies. But the senior and very public nature of the government contact with Taipei seems to be a calculated snub by Washington to Beijing.

The move comes on the back of a torrent of provocations by Washington: belligerent trade tariffs, sanctions on Chinese telecoms firms, accusations over Hong Kong and other alleged violations, and the incendiary anti-China rhetoric blaming Beijing for the coronavirus pandemic and wiping out the US economy.

Then there was the formal statement last month by Secretary of State Mike Pompeo in which Washington declared China's territorial claims in the South China Sea to be illegal. That statement was seen as contriving a pretext for the US to mount military response to China's maneuvers in the region.

What Alex Azar is doing by putting his foot down on Taiwanese soil this weekend is symbolically telling Beijing that Washington is jettisoning its One China policy. Provocatively, the inference is that the Americans are coming out of the geopolitical closet and finally saying that they were all these decades suppressing their official view of Taiwan as the rightful Chinese Republic out of a policy of "appeasement" towards Beijing. Now it is being signaled publicly that the tactical appeasement is over. The gloves are coming off. That implies a move towards outright aggression by Washington.

Washington is moving decisively from using Taiwan as a cat's paw against Beijing to a position of explicitly challenging China's territorial integrity and indeed the very authority of China's government. Through openly embracing the breakaway island of Taiwan, Washington is delivering on its intent to seek regime change in Beijing, as Pompeo disclosed in a keynote speech last month.

The Trump administration is pushing ahead with arms sales to Taiwan, including Patriot missiles and drones, despite repeated protests from Beijing. American military maneuvers under the guise of "freedom of navigation" are increasing in the South China Sea and Taiwan Strait. And now a senior Trump cabinet member is making Washington's presence felt in Taiwan in the most strident way possible, not seen since 1979.

If this analysis of belligerence is correct, then one can expect more provocative official delegations to Taiwan. Perhaps Pentagon chief Mark Esper or Secretary of State Pompeo will turn up next to show "solidarity with free nations against the tyranny of Communist China".

Right now the avalanche of provocations emanating from Washington seems irreversible. Even if Trump is replaced by Democrat rival Joe Biden in November's election. There is an inexorable dynamic of conflict that stems from Washington's perceived loss of global power to China.

Related Topic(s): China Energy Investment Corp; China Russia Alliance; Conflict; Military, Add Tags
Add to My Group(s)
Go To Commenting
The views expressed herein are the sole responsibility of the author and do not necessarily reflect those of this website or its editors.