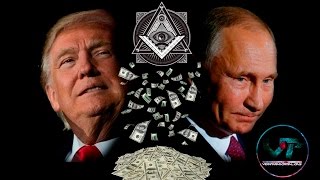 Some historians believe that the cause of WW2 was UK prime minister Chamberlain's appeasement of Hitler's recovery of German territory given to other countries via the Versailles Treaty in contravention of US President Woodrow Wilson's promise to Germany that there would be no reparations and no loss of territory if Germany agreed to an armistice ending WW1.

I do not agree. The facts seem clear. The cause of WW2 was the gratuitous and unenforceable guarantee to the Polish military government given by Chamberlain that if Poland refused to hand German lands and populations back to Germany, Great Britain would be there to support Poland. When Germany and the Soviet Union made the deal to split Poland between them and attacked, Britain due to its stupid "guarantee" declared war on Germany, but not on the Soviet Union. As France was aligned by treaty with Britain, France, too, had to declare war. Because of the reign of propaganda in the West, hardly anyone knows this, but WW2 was started by the British and French declaration of war on Germany. Yet, it was the surviving members of the German regime who were put on trial by the US, UK, France, and the Soviet Union in Nuremberg for initiating aggressive war.

The question is whether the Russian government is avoiding or encouraging war by its non-response to illegal sanctions and propagandistic accusations and demonizations. Russia has even allowed Washington to put ABM bases on its borders with Poland and Romania. This is like the US permitting Russia to put missile bases in Cuba.

Russia is disadvantaged because, unlike the United States, Russia is an open society, not a police state like the US where dissent is controlled and suppressed. The Russian government is handicapped by its decision to permit foreign ownership of some of its media. It is disadvantaged by its decision to accept hundreds of American and European financed NGOs that organize protests and constantly level false charges at the Russian government. The Russian government permits this because it mistakenly believes Washington and its vassals will see Russia as a tolerant democracy and welcome it into the Western Family of Nations.

Russia is also disadvantaged by its educated upper class, professors and businessmen who are Western oriented. The professors want to be invited to conferences at Harvard University. The businessmen want to be integrated into the Western business community. These people are known as "Atlanticist Integrationists." They believe Russia's future depends on acceptance by the West and are willing to sell out Russia in order to gain this acceptance. Even some of Russian youth think everything is great in America where the streets are paved with gold, and some of the Russian media take their cue from the Western presstitutes.

It is a difficult situation for the Russian government. The Russians mistakenly believed that the demise of the Soviet Union made us all friends. It seems only Gorbachev understands that the Soviet collapse removed all constraint on Washington's hegemonic behavior. Few in Russia seem to understand that the enormous budget and power of the US military/security complex, about which President Eisenhower, warned in 1961, needs an enemy for its justification, and that the Soviet collapse had removed the enemy. The very minute that Russia stood up for its national interest, Washington filled the desperately needed category of "The Enemy" with Putin's Russia.

The Russian government and upper class have been extremely slow in realizing this. Indeed, only a few are beginning to see the light.

Despite the writing on the wall, Russia's new UN envoy, Vasily Nabenzya declared on July 29 that Russia has no alternative to "building bridges under any circumstances. We will cooperate. Americans cannot go without us, and us without them. This is an objective reality."

This is a statement of Russian surrender.

Russia's deputy foreign minister, Sergei Ryabkov also refuses to read the writing on the wall. He thinks Washington and Moscow must "break the vicious circle of retaliation and start anew."

On July 30, Russian President Putin finally responded to the Obama regime's orchestrated expulsion of Russian diplomats from Washington last Christmas and illegal seizure of Russian government properties in the Washington area by evicting 750 "American diplomats," in reality agents working to undermine the Russian government. Putin could just as well have arrested them. It only took seven months for Russia to respond to Washington's hostile actions against Russian diplomats.

Sometimes the Russian government shows some awareness that it is permanently designated as Washington's Number One Enemy. Putin explained the belated expulsion of US "diplomats" as follows: "We've been waiting for quite a long time that maybe something would change for the better, we had hopes that the situation would change. But it looks like, it's not going to change in the near future... I decided that it is time for us to show that we will not leave anything unanswered."

Related Topic(s): Government; Putin; Russia And Us Conflict; Russia Bashing; Russian Foreign Policy; Sanctions; Washington Interference, Add Tags
Add to My Group(s)
Go To Commenting
The views expressed herein are the sole responsibility of the author and do not necessarily reflect those of this website or its editors.