The Era of Tyranny Has Begun 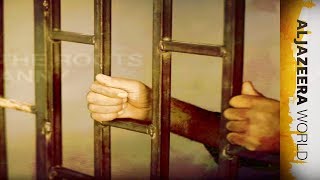 A fish rots from the head. In the Western world rot is accelerating. The rot in Washington is swiftly spreading to state and local governments and abroad to the Empire's vassal governments.

Washington's attack on journalism represented by the illegal arrest of Julian Assange has now spread to France. The US government's policy of sanctions against sovereign countries that do not follow Washington's orders has spread to the state of New York, where the governor has threatened sanctions against financial institutions that do business with the National Rifle Association.

In France the vassal president Macron has ordered three journalists -- who revealed that Macron's government knowingly and intentionally sold arms to Saudi Arabia and the UAE to be used for the slaughter of women and children in Yemen -- to report for police questioning. The report proves that Macron's government deliberately lied when it said it was unaware that French weapons were to be used for attack rather than defense use in violation of the Arms Trade Treaty of 2014. The journalists are under investigation by the French gestapo for "compromising national defense secrets."

In other words, when the French government lies, it is a violation of national defense secrets to report it.

The entire Western world is adopting Washington's approach to Assange and criminalizing the practice of journalism, thus protecting governments' criminality. If you reveal a government crime, as Wikileaks did, you will be prosecuted by the criminal government for doing so. It is like permitting a criminal to prosecute the police and prosecutor who want him arrested.

With the First Amendment already under attack and targeted for elimination by Identity Politics for permitting "hate speech," with the 10th Amendment destroyed by the war criminal Abe Lincoln, and with habeas corpus and due process destroyed by the George W. Bush and Obama regimes, only the Second Amendment still stands, and it is under attack from New York governor Andrew Cuomo.

Cuomo revealed that his threat of sanctions against financial organizations has the purpose of putting "the NRA out of business. We're forcing NRA into financial jeopardy. We won't stop until we shut them down." The tyrant Cuomo knows that the NRA cannot operate without a bank account and insurance coverage.

To be clear, Washington's success in weaponizing government against the people has spread throughout the empire and down into the state governments of the United States.

When we add to this the mass spying on citizens made possible by the digital revolution, we have as the result the death of liberty.

To any longer speak of the "Western democracies" is to mouth a falsehood. There are exactly zero Western governments that can be held accountable by the people. There can be no accountable government without a free press. There is no economic freedom or freedom of association when businesses are punished for having business relationships with organizations that are targets of government oppression.

The era of tyranny has begun. Elections cannot stop it.

Related Topic(s): Assange; France; NRA; Sanctions; Tyranny; Washington Dc, Add Tags
Add to My Group(s)
Go To Commenting
The views expressed herein are the sole responsibility of the author and do not necessarily reflect those of this website or its editors.