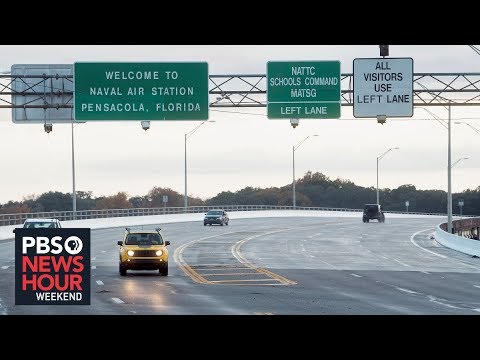 The information now emerging from AP and other sources about Saudi Air Force pilot 2nd Lt. Mohammed Saeed Alshamran is extremely disturbing inasmuch as it points to the possible existence of al-Qaeda cells inside the Saudi military.

Eric Schmitt, Frances Robles and Nicholas Bogel-Burroughs at the NYT reported that Alshamran watched videos of mass shootings with Saudi friends at a dinner party the Wednesday before the Friday shooting. Then a terrorist watchdog site announced that it had found his Twitter account, on which he had posted a quote from the 9/11 mastermind Usama Bin Laden and gave evidence of hating Americans. He was enraged by the US wars in the Middle East and by the American complicity in dispossessing the Palestinians at the hands of Israel. Given that he was 21, his main experience of US wars was the rollback of ISIL in Iraq and Syria in alliance with Shiites and leftist Kurds, neither of them a favorite among Saudi conservatives.

If these reports are true, the shooting in some ways reflected the continuing contradictions in US Middle East policy, where Trump is determined to crush the Palestinians completely and let the far far right Likud Party run riot, but then wants to buddy up with Saudi Arabia, one of the more conservative societies in the world full of 20 million firm supporters of Palestinian rights. Israeli occupation of all of Jerusalem was given as one of his reasons for the 9/11 attacks by Usama Bin Laden.

It is weird that someone of Alshamran's generation quoted Bin Laden, who was killed by a US Navy Seal team when he was 13. It sounds to me as though he must have had older relatives or mentors who put that quote and Bin Laden's legend in his mind.

There are also reports that the US is holding 10 of Alshamran's fellow Saudi trainees. One of them was allegedly making a video of the shootings as they unfolded (Alshamran allegedly used his hand gun to kill 3 and wound 8). Two others were waiting in a car outside. Some of the Saudi trainees appear to be AWOL and unaccounted for.

Initially, it seemed possible that Alshamran was just an unbalanced individual, like the US sailor who killed two civilian workers at Pearl Harbor on Wednesday.

But if he was ideological and had associates, that's more like a secret cell. Inside the Saudi Air Force.

The casual brutality of watching mass shooting videos for kicks speaks of a culture of sadism in the junior ranks of the Saudi officer corps.

It would come as no surprise if so. The Saudi Air Force has been intensively bombing the neighboring country of Yemen since 2015, and one human rights report estimated that a third of the strikes hit civilian targets (schools, hospitals, bridges people need to get food and so forth).

Then there was the grisly murder of journalist Jamal Khashoggi at an Istanbul consulate in October 2, 2018, at the hands of a team close to crown prince Mohammed Bin Salman.

The idea of al-Qaeda-inspired young officers making a coup in Saudi Arabia may seem far-fetched. But young officer coups have been a staple of Middle East politics for decades. That was what destroyed Afghanistan a 1978 young officers Communist coup set off 40 years of instability and killing fields.

The incident could further sour relations between Saudi Arabia and the US Congress, which has called for an immediate end of US military support to Saudi's war on Yemen and is talking sanctions for the killing of Khashoggi.

Related Topic(s): Al-Qaeda; Gunman; Killing; Pensacola Gregg; Saudi Arabia Ben Salmon; Shooter; Terrorist Attack; Video, Add Tags
Add to My Group(s)
Go To Commenting
The views expressed herein are the sole responsibility of the author and do not necessarily reflect those of this website or its editors.