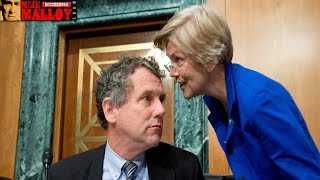 Washington, DC - Senators Elizabeth Warren (D-Mass.), Sherrod Brown (D-Ohio), and 17 of their colleagues sent a letter to Acting Chair of the U.S. Equal Employment Opportunity Commission (EEOC) Victoria Lipnic requesting information on the commission's efforts to address sexual harassment in the food and hospitality industries, which have high numbers of tipped workers.

The EEOC is responsible for enforcing federal workplace anti-discrimination laws and investigating discrimination charges that employees file with the commission. In fiscal year 2016 alone, the EEOC received close to 13,000 complaints involving sexual harassment.

"Women are coming forward to tell stories of the sexual harassment they have endured in jobs in Hollywood, in Congress, and in the news industry. But there are millions more women who work in jobs outside the limelight who fear coming forward because they can't afford to lose their jobs, " said Senator Warren. "The EEOC was created to protect workers, and we want to know what it is doing to make sure that workers all across this country are safe from sexual harassment. We want the EEOC to do its job."

"Sexual harassment is pervasive throughout the United States, and it does not discriminate by industry. Yet EEOC data shows that the 'accommodation and food services' industry-including restaurants and the hospitality industry-is particularly rife with harassment," wrote the senators. "Sexual harassment remains a persistent problem for American workers-particularly women and people of color."

To better understand the EEOC's ongoing efforts to address sexual harassment, the senators asked the EEOC to provide thorough answers on what the EEOC has done to identify, investigate, and limit sexual harassment in the workplace no later than January 5, 2018.

Related Topic(s): Brown-Sherrod; Eeoc; Jobs; Sexual Harassment; Warren-Elizabeth; Women, Add Tags
Add to My Group(s)
Go To Commenting
The views expressed herein are the sole responsibility of the author and do not necessarily reflect those of this website or its editors.