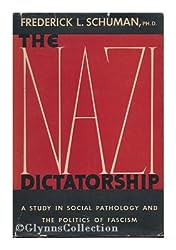 I recently came across a fascinating book of history and political science on the development of fascism in a nation-state. For your edification, I am here presenting a few excerpts, with certain edits and alterations for present relevance.

"A wholly definitive study is still impossible, because of the timing, and because many indispensable sources of information, such as party and organizational archives, such documents as income tax returns, intra-leadership communications, and "classified [for various reasons] documents," are as yet closed to scholars (unless leaked). With regard to many events, judgments must be based upon admittedly incomplete evidence. These difficulties, which always beset the student of contemporary politics, are aggravated here by the determined and well-organized efforts of the new government and party-in-power to discourage incisive research into its methods and objectives and to misrepresent many of its goals and techniques for reasons of political expediency. Deception is a political imperative in all government. In this regime, it is an applied science and a fine art."

"The new leaders who 'think with their hearts' repudiate all objectivity and scientific detachment as evil products of liberalism... Under these circumstances any effort at objectivity implies per se the adoption of an attitude evoking negative emotional response from the officials under observation. Like every form of highly emotionalized and subjectivized mass politics, Trumpism demands acceptance or rejection, period.

Only a social revolution can destroy the Trumpist state. Only an upheaval in which the political power of the economically-dominant sector of the ruling class is permanently broken by mass action from below can offer hope of weakening the grip upon the sources of power of the Trumpist state. The new Trumpist absolutism is the only possible source of power for the ruling class in the age of increasingly concentrated monopoly capitalism, since it protects their interests far better than any imaginable alternative.

In the run-up to Trumpism, the true left in the United States accepted this view of the situation. "But their small size, the destruction of the militant trade unionism that they had led many years before, undertaken by a concerted effort of the ruling class across the nation, and the incredibly destructive in-fighting over who indeed were the 'true leftists,' especially in relationship to the history of the Soviet Union and its leadership, and over the 'lesser of the evils' proposition, with the resulting failure to form a Popular Front, rendered them very limited in what they were able to do to effectively fight the onslaught of Trumpism. At the same time, the bourgeois liberal forces over the years leading up to the triumph of Trumpism, on the one hand implemented a large number of policies and programs which led directly into the hands of the Trumpites, and on the other, because of their politico-economic history and record, they were totally unable to design and present an electoral politico-economic program that was a clear alternative, capable of defeating the Trumpites."

So, from where might these quotes be drawn, you might ask. Well, the basic text, with which I have taken the (obvious) liberty of putting into the contemporary U.S. context in certain sections, is hardly contemporary. In fact, it is drawn from a remarkable book entitled The Nazi Dictatorship: A Study in Social Pathology and the Politics of Fascism, by Frederick L. Schuman, Ph.D., an Assistant Professor of Political Science at the University of Chicago. "So," you might say, "what is so remarkable about that? A zillion of so books have been written about the Nazi era, a few even from a true left-wing perspective." "Well yes," I would respond. "That is so. Except that the first edition of this book, from which the bulk of the (edited/updated-to-be-sure) text was drawn was published, by Alfred A. Knopf, Inc., New York, on April 22, 1935, with the second, historically updated edition published on May 11, 1936."

With this understanding, it should be quite easy to see where, in the original, words like "Nazi," "fascist," "Communist Party of Germany," "Socialist Party of Germany," and so forth appeared. And oh by the way, Prof. Schuman predicted the coming of the Second World War, as a natural outcome of fascism and its need for perpetual expansion. There are many lessons for the opposition to Trumpism to be drawn from this book and the history it presents, from a then contemporary perspective.

As for a definition of fascism-in-the-21st century, on the Trumpian model, I offer this one for consideration:

A politico-economic system in which the Executive Branch of the Government: regards the Constitution as in place only on paper; demonizes and then criminalizes all political, religious, and ideological opposition to its policies and programs; redefines the words "truth," "science," "data," "fact," and "reality" through the use of the Big Lie technique; regularly uses the Doctrine of White Supremacy/racism, xenophobia in general and Islamophobia in particular, and homophobia to achieve political ends; suppresses of the free vote by challenging the legitimacy of the electoral system; casts "the media" as a principal enemy, with the aim of suppressing dissent and promoting distrust in it and its reporting; all in service of the economically dominant sector of the capitalist ruling class: manufacturing, fossil fuels, agriculture/food, pharma/health services, retail, transportation, banking/investment/financial services.

Steven Jonas, MD, MPH, MS is a Professor Emeritus of Preventive Medicine at StonyBrookMedicine (NY) and author/co-author/editor/co-editor of over 35 books. In addition to his position on OpEdNews as a "Trusted Author," he is a Senior Editor, (more...)
Related Topic(s): Dictator Dictatorships; Fascist; Politics; Revolution; Warning, Add Tags
Add to My Group(s)
Go To Commenting
The views expressed herein are the sole responsibility of the author and do not necessarily reflect those of this website or its editors.