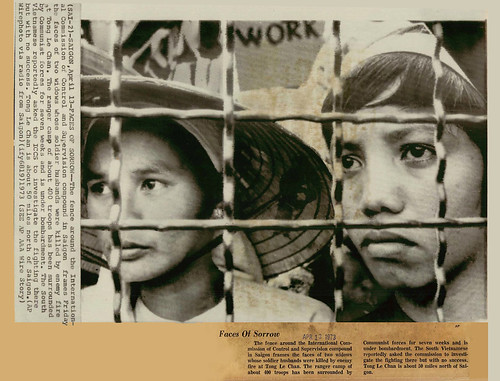 Throughout the continent of Africa, men, women, and children worked hard to locate water, to develop the most effective skills for hunting large animals, thus providing nourishment, clothing, and shelter. In time, cultivating the land for food production as well as establishing communal structures required the participation of families and groupings for survival in a less than human-friendly environment.

It would have been difficult to find the masses of people in Africa or in the Americas leisurely enjoying a "Garden of Eden."

In fact, when the Europeans, tired of trading with Africans for gold and silver, decided, in their leisurely time, to bargain with heads of governance and just outright capture men, women, and children to sell on the market, the light bulb that went off in their heads featured the word, labor.

The front-runner for Democratic presidential nomination, Joe Biden, continues to familiarize Americans, particularly newer generations of young Americans, taught less and less about their overall history, with the narrative of hard working grandparents, parents. White Europeans! Remember how we worked hard on this land and built everything in sight.

Less audible but questions that must take place at the dining room table in rural America as well as in suburbia America: Then how did the blacks get here? Why are the Indigenous , for the most part, still on "reservations"? Why are Mexicans picking grapes in California?

Just as silent is the challenge to these white-washed narratives. It's not that white great-grandparents, grandparents, parents didn't work hard, but what's left out of these narratives? The greats and the grands and the parents came out of nowhere and built their empire on what? What peoples' suffering labor made it possible to announce anything to the world, a majority of whom are people of color?

It's warfare, and warfare always begins in stories, seemingly innocent stories told over and over again, drowning out what made it possible for the heroes and heroines within the stories and, by virtue of blood kinship, to continue a practice of conquest, extermination, segregation, marginalization, incarceration" These stories can't be a little innocent.

The two most inconvenient truths point to Black, Indigenous, and Latinx populations in the US, for already underway, at the so-called "founding" of this nation, is the extermination and marginalization of Indigenous people. Disease, starvation, and the outright massacre of anywhere between 80-120 million men, women, and children among the Indigenous should matter to any storyteller, even if an immigrant to the US in the 19th or 20th centuries.

The "founding fathers," most slaveholders, refuse to recognize the humanity of Africans and their descendants, except, ironically, as laborers, happy laborers, in their "gardens"; yet, 12 million Africans were purchased as property during the slave trade and, it's estimated that two million died in the Middle Passage.

A foundation beginning in the practice of terrorism and greed builds a capitalists class of merchants, slaveholders, clergy, and politicians, and a narrative justifying the superiority of it's enablers. There's no sharing in the wealth-building from an Indigenous population, regularly massacred and survivors systemically marginalized. Present-day acknowledgment of the indebtedness due to descendants of enslaved blacks in establishing the US as a "superior" nation don't hold your breath!

As Gregory Shupak at FAIR writes, the "most murderous regimes in the history of our planet" have been right here in the US. And didn't Dr. Martin L. King speak of "the greatest purveyor of violence," i.e. the United States of America?

From 1899-1902, 20,000 Filipino troops are killed, and 200,000 civilians also die along with 4,300 American soldiers. Conflicts in Mexico, Haiti, Panama, Honduras, and the Dominican Republic receive funding, if not weaponry to defeat democracy in these countries.

Related Topic(s): America; Corona Virus Coronavirus Covid-19; Democracy; Democratic; Healthcare Costs; Healthcare Crisis; History; Military; Money; Race; (more...) Warfare Biological, Add Tags  (less...)
Add to My Group(s)
Go To Commenting
The views expressed herein are the sole responsibility of the author and do not necessarily reflect those of this website or its editors.