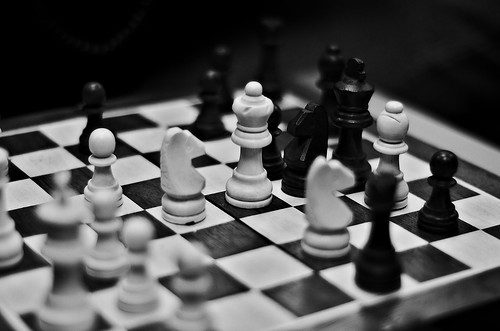 The war between American elites continues.

When Democratic leaders (Obama, Clinton, Pelosi, Schumer, Hoyer et al) accused the Trump campaign of colluding with Putin and the Russian government, they spun a propaganda fantasy that ensnared the entire nation, forcing the Republican-controlled DOJ to appoint a Special Counsel to "investigate Russian meddling in the 2016 presidential election."

Even before the Mueller Report was released documenting that the newly-elected administration did not "collude" with Russia, Trump and his Republican courtesans hit back. They complained about the cost of the investigation. They complained about the way the investigation was conducted. They dismissed the entire affair as "fake news" and a "witch hunt." After the Mueller Report was made public and Trump was more or less exonerated, the president told reporters such a partisan investigation "should never be allowed to happen . . . again," accusing his opponents of "treason."

How do Trump and the Republicans respond to the latest "attack"? They play hardball. They stonewall. They obfuscate. They undermine. They deny and defend. They sue and counter-sue. They make a mockery of official hearings. They denounce the Democrat-led committees for abusing their authority. They smear Democrats as sore losers. They repeat Trump's mantra, "no collusion." They fall into line, a united front.

Democratic leaders in the House ignore the threats and bluster and begin issuing subpoenas to secure official documents and to compel witnesses to testify under oath, including members of the president's own family. Speaker Nancy Pelosi pledges a "new era of congressional scrutiny." (Republicans appear not to take her gambit seriously. She's wavered before. Even more worrisome, she and her co-conspirators have to know, if they go forward with a serious investigation of the president, they run the risk of pulling back the curtain on their own criminal behavior. It should come as no surprise to learn that both sides of the isle are involved. The trick for Democrats has always been saying they believe in the rule of law, but not actually doing anything when one of their own gets caught, and hoping no one notices.)

Backed into a corner, Trump and the Republicans go nuclear. If the Democrats can target Ivanka and Don Jr, they can target family members too. One day after the collapse of Russia-gate, Trump asks the newly-elected President of Ukraine, Volodymyr Zelensky, to do him "a favor" and re-open the investigation into corruption at Burisma, one of Ukraine's largest suppliers of natural gas. Trump is interested because he's heard "there's a lot of talk about Biden's son." That would be Hunter Biden, the son of the (at-the-time) Vice-President of the United States, who sat on Burisma's board of directors. It appears Trump's end-game is to have corruption charges leveled against the son of a well-known political rival. Wouldn't it be lovely, if Lunch Box Joe did get the Democratic nomination, to have his name dragged through the gutter by way of his son's ongoing criminal trial? Oh, and, by the way, not that it's connected or anything, but Trump wants Zelensky to know that he's also withholding almost $400 million in military assistance because of . . . rampant corruption.

Democratic leadership is feeling the heat. To remain relevant they have no choice but to respond in kind. This is war after all, and lives are at stake. They quickly announce that the House will place all five of its ongoing investigations under the umbrella of a formal impeachment inquiry. "No one is above the law," Speaker Pelosi declares with as straight a face as she can muster. The sky does not fall.

Overnight, reports began to circulate detailing how Democratic leaders played the same corruption game they are accusing Trump of playing, and in the very same country. In 2010, Viktor Yanukovych is elected President of Ukraine. He's pro-Russia, so naturally the US designates him and his country as potential enemies. Behind the scenes, democratic party operatives Victoria Nuland (asst secretary of state under Hillary Clinton), Geoffrey Pyatt (ambassador to Ukraine) and Joe Biden (Vice President) plot Yanukovych's overthrow, which they accomplish four years later in a disastrous (and completely illegal) military coup. No one seems to care that they help to put neo-Nazi thugs like Aleksandr Shevchenko, Aleksandr Muzychko and Petro Poroshenko in charge.

Related Topic(s): Corruption; Democratic; Republican; Ukraine; Yanukovych, Add Tags
Add to My Group(s)
Go To Commenting
The views expressed herein are the sole responsibility of the author and do not necessarily reflect those of this website or its editors.