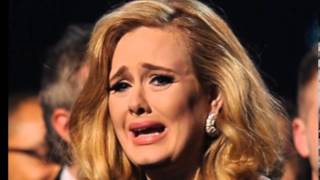 Women - Have motivation and never give up
(Image by YouTube, Channel: JEETLY petite)   Details   DMCA

The recent attack in Toronto by a man who identifies as an "incel" has called attention to the disturbing and flourishing online incel community. "Incel" stands for "involuntarily celibate."

These are straight men who, frustrated by their lack of romantic success, channel their feelings into hatred of women. Some even resort to violence. In Toronto, that meant striking dozens of people with a van, killing 10.

Others post online about how much they enjoy simply following women around in a threatening way, getting some kicks by scaring them.

Some men might want to be physically strong, fearless, or popular with women. Perhaps they see themselves as the providers and protectors for their families.

Men in professional careers might derive their masculinity through their role as experts. Maybe they couldn't go out in the woods for a week and come back with an elk they shot themselves, but they can dominate a courtroom as a lawyer, or perform surgery, or even demonstrate more knowledge of Star Trek trivia than anyone else around.

Others might take a more modern view. A man can wash the dishes. A man can share housework with his partner. He might even take paternity leave and take pride in his role as a new dad caring for his baby.

This guy doesn't have to prove himself with muscles or rigid gender roles. He can share decision-making and power with his partner without feeling like he's doing "women's work."

Feminists said in the 1970s that being a woman is what each woman wants to make of it. If you want shopping and fashion and babies, you go girl! If you want to run for president, you go do that.

More men need to embrace this message for themselves. They can be whoever they want and their "manhood" isn't at stake. It's cool.

You know what isn't cool, though? Taking your insecurity about your masculinity out on women. It's not our fault you subscribe to some ridiculous idea of masculinity that says you must achieve prowess in the bedroom -- and worse, that it's our job to help you attain it.

The view of women espoused by incels is, frankly, disgusting. It assumes we do everything with reference to men. We exist for men. When we get dressed in the morning, we're trying to attract men. We want them to look at us. We consider ourselves successful when alpha male types want to sleep with us.

I don't know even a single woman that would describe herself in that way.

Women exist for ourselves. We dress in ways that make us feel good, to express ourselves. Sometimes we do things for an audience of other women. (I often get compliments on my purse from other women, never from men.)

Jill Richardson is pursuing a PhD in sociology at the University of Wisconsin-Madison.
Related Topic(s): Men; Power; Women, Add Tags
Add to My Group(s)
Go To Commenting
The views expressed herein are the sole responsibility of the author and do not necessarily reflect those of this website or its editors.