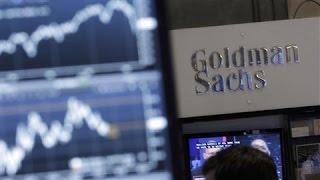 Wall Street celebrated Donald Trump's Tuesday speech to a joint session of Congress -- in which he promised massive tax cuts for business and the virtual elimination of government regulations -- with a record-breaking surge in stock values. And the US media, for its part, entered a phase that might be described as "learning to love the Donald."

Almost universally, the major media outlets -- many of which were denounced only last week by Trump as "the enemies of the people" -- presented Trump's speech as a tour de force, a truly "presidential" address that marked a "pivot" for his administration. Trump's language and tone in the address were interpreted as a signal that he is serious about getting Congressional approval for his right-wing, pro-corporate measures, that he will not let factional infighting get in the way of showering Wall Street with riches.

The stock markets followed suit, with the Dow-Jones Industrial Average rising more than 300 points Wednesday to end above 21,000 for the first time ever. Financial stocks led the rally, with JPMorgan Chase, Bank of America and Citigroup up more than 3 percent in one day. ExxonMobil and Boeing gained more than 2 percent, as did American Express and Travelers. The broader S&P 500 index, the Nasdaq Composite Index of mainly tech stocks, and the Russell 2000 index of smaller firms all closed at record levels.

As Trump boasted in his speech, since his election victory last November 8, the Dow has soared nearly 3,000 points, as part of a stock market boom that has added an estimated $3 trillion in value to the shares of American banks and corporations.

Wall Street had plenty to celebrate even before the speech in which Trump laid out his pro-corporate agenda. The first six weeks of the Trump administration have featured a series of executive orders loosening regulations on corporate polluters, particularly in the fossil fuel industries, and on banks, hedge funds and other swindlers whose operations led to the 2008 financial crash.

Trump has reiterated his support for major tax cuts for US corporations and for wealthy individuals. He has also pledged a major increase in military spending that will benefit the giant defense contractors and an infrastructure program to funnel hundreds of billions into the coffers of private construction companies and manufacturers like Caterpillar.

These themes were spelled out in Trump's address to a joint session of Congress Tuesday night, to general enthusiasm from Republicans, near-universal praise from the media and significant backing from congressional Democrats. Trump also pledged to wage war against public education, intensify the brutal assault on immigrant workers, slash social programs and otherwise further redistribute wealth to the financial aristocracy.

For the media, the consensus reaction to the speech appeared fully-formed within seconds of the end of the speech.

On CNN, one of several outlets deliberately barred from a briefing at the White House by press secretary Sean Spicer last week, every panelist declared the speech at least a relative success. Van Jones, a former Obama White House aide and Bernie Sanders supporter, declared that Trump's crass exploitation of the death of Navy SEAL William Owens, in the closing section of his speech, was "one of the most extraordinary moments you have ever seen in American politics, period" and that it was the moment Trump "became president of the United States." This was only the most grotesque prostration before Trump on the part of the media.

The Democratic response to Trump, both in the hall and afterwards, spoke volumes about the reactionary and politically bankrupt character of the so-called opposition party. Senator after senator applauded the speech: Bernie Sanders clapped for Trump's profession of economic nationalism; Tammie Baldwin cheered his reference to Harley-Davison motorcycles, built in her state; Debbie Stabenow applauded his support for the auto industry; Amy Klobuchar praised his pledge to reduce the cost of prescription drugs.

Wall Street watched it all, and liked what it saw. The stock exchange has long known it can count on Senate Democratic Leader Charles Schumer -- the biggest single recipient of Wall Street campaign contributions. The newly cooperative "tone" struck by Trump, and responded to in kind by the Democrats, is of greatest importance to finance capital, since some of most important policy changes promised by Trump, especially tax cuts for business and the wealthy, require significant Democratic support.

Divisions remain within the ruling class, centered on foreign policy. In its editorial commenting on the speech, the New York Times, a mouthpiece for the Democratic Party, focused criticism on Trump's failure to spell out a policy "to deal with an increasingly aggressive Russia, which the Pentagon considers America's No. 1 threat, or China, which has become more assertive in the South China Sea." The newspaper brought up again what it called Trump's "murky ties to Russia" to explain what dominant sections of the military-intelligence apparatus consider to be an overly accommodative attitude toward Putin.

Yet the dominant tone, including from the Times, was one of celebration of what unites the ruling class. The perspective of the financial aristocracy is that the twentieth century was one big mistake. Corporate America was compelled to make concessions to working people, because of fears provoked first by the Russian Revolution of 1917, then by the upsurge of the labor movement in the 1930s, and the extended struggles for civil rights and social gains in the 1960s. All this is to be taken back, in a rampage of reaction in which the watchword is that American corporations can do whatever they want.

Whom the gods would destroy, they first make mad. The American financial aristocracy is gripped by the delusion that they can roll back history without paying any price, counting on the role of the Democratic Party, the trade unions, and other instruments for the disorganization and disorientation of the working class.

Patrick Martin writes for the World Socialist Website (wsws.org), a forum for socialist ideas & analysis & published by the International Committee of the Fourth International (ICFI).
Related Topic(s): Media; Trump Speech; Wall Street Greed, Add Tags
Add to My Group(s)
Go To Commenting
The views expressed herein are the sole responsibility of the author and do not necessarily reflect those of this website or its editors.